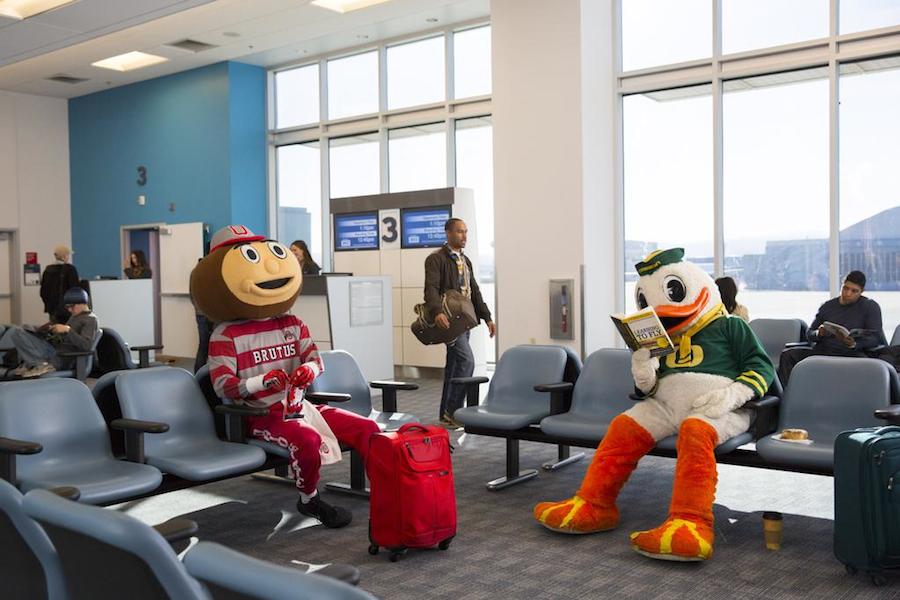 Now that all is set for the big game in the inaugural College Football Playoff, we’ve launched our next TV spot created in the same vein as our iconic “I’m going to Disney World” commercials. 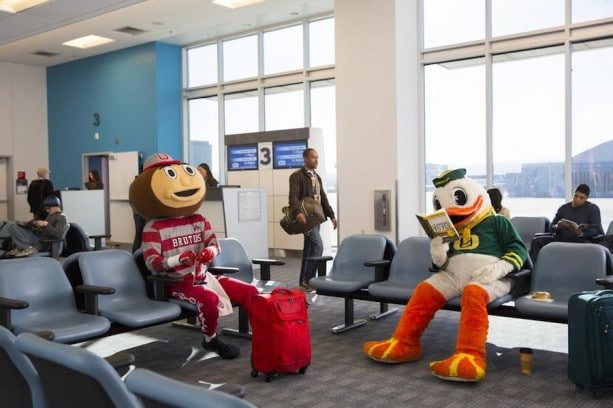 In the new spot, mascots from The Ohio State University and the University of Oregon are still passing the time at the airport waiting to see who gets to go to Walt Disney World. Now, we’re down to two.

With the new version of the TV spot, we’re also launching our next online poll. We’d love to hear what Disney Parks Blog readers think. Who wins and gets to go to Walt Disney World?

Be sure to check the Disney Parks Blog later this month for a special behind-the-scenes look at how we created these TV spots.