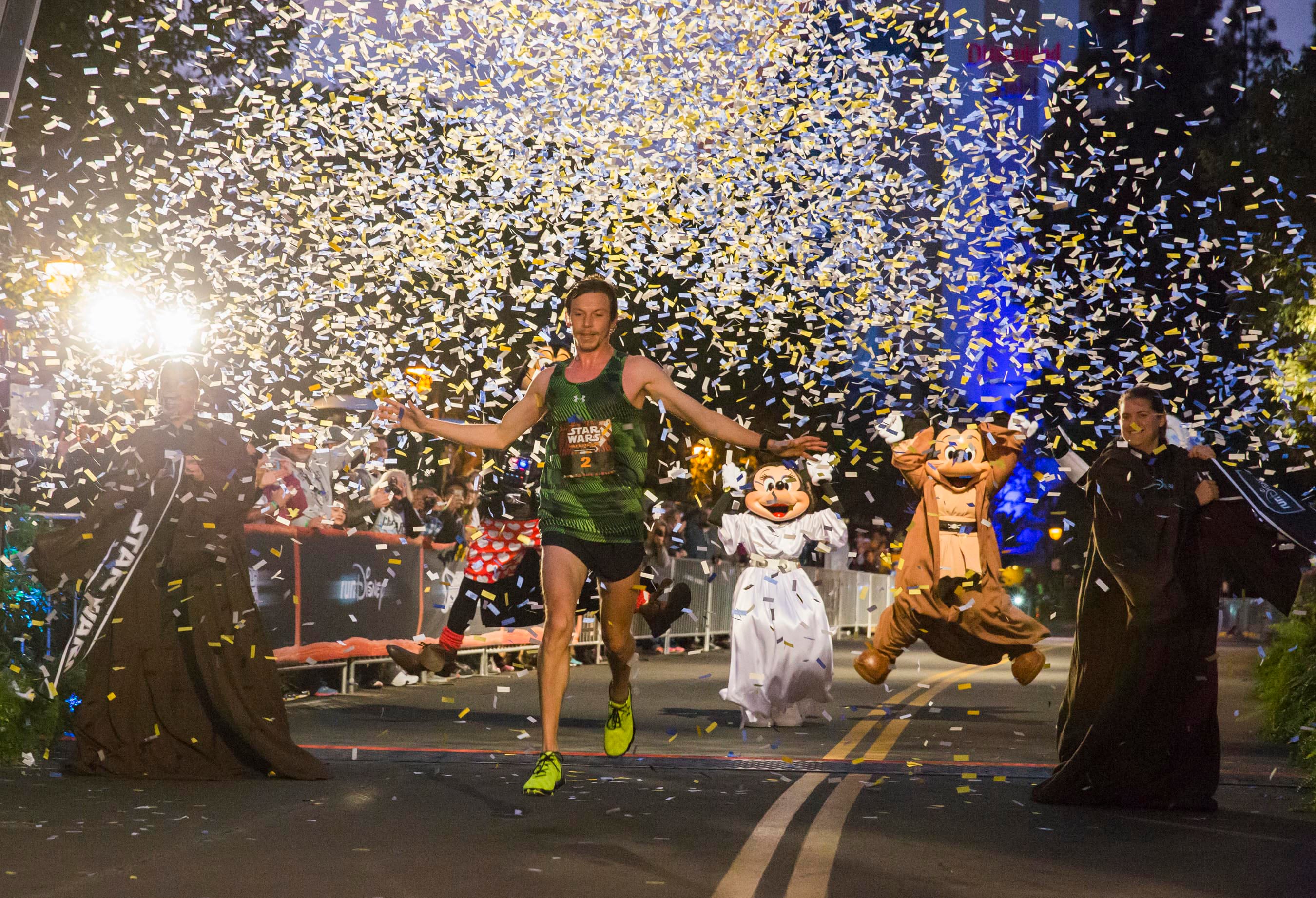 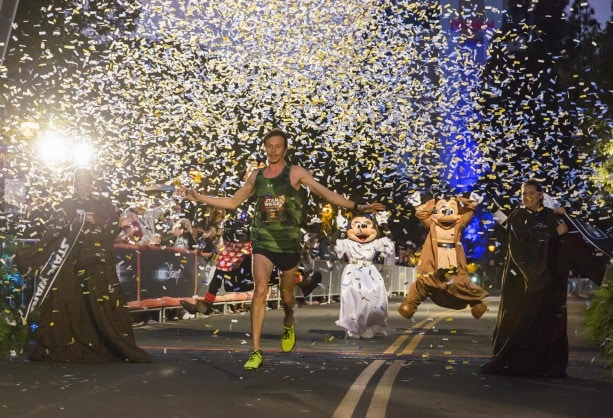 The Force was strong with Nick Arciniaga this morning at the inaugural Star Wars Half Marathon presented by Sierra Nevada Corporation at the Disneyland Resort. The Fountain Valley, Calif. native made the jump to hyperspace to win with a time of 1:08:13. Jennifer Berry, 34, of Denver, blasted across the finish line as the female winner with a personal record of 1:22:34. Both athletes won the 2014 Disneyland Half Marathon, and Berry was also the top female finisher at the Disney Wine & Dine Half Marathon this year at the Walt Disney World Resort. 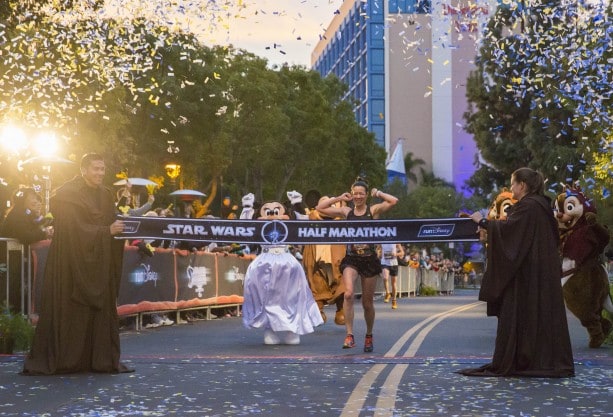 Arciniaga and Berry outran a galaxy of more than 12,200 runners in the new 13.1-mile intergalactic journey through Disneyland Resort and Anaheim area streets where a variety of Disney entertainment, including Star Wars characters, cheered on runners at every mile.