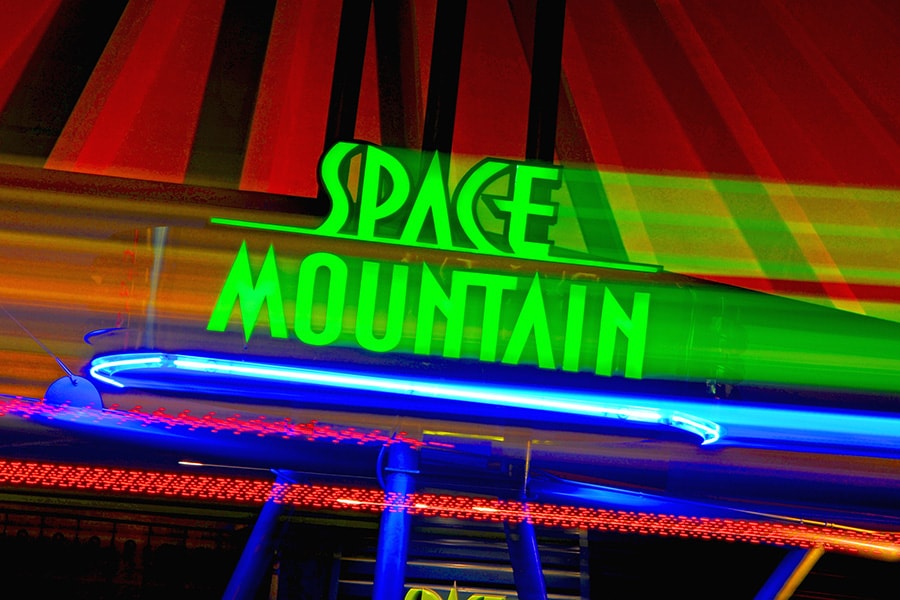 Sure, Space Mountain has been a Magic Kingdom must-do since it opened 40 years ago—January 15, 1975—but did you know that it also teaches kids about physics in fun, interactive ways? Well, that’s exactly what happens with Disney Youth Education Series programs that offer incomparable opportunities for student groups and individual children like yours.

Properties of Motion Physics Lab allows kids to use the scientific method to gain understanding about inertia, centripetal force, speed, velocity and acceleration. 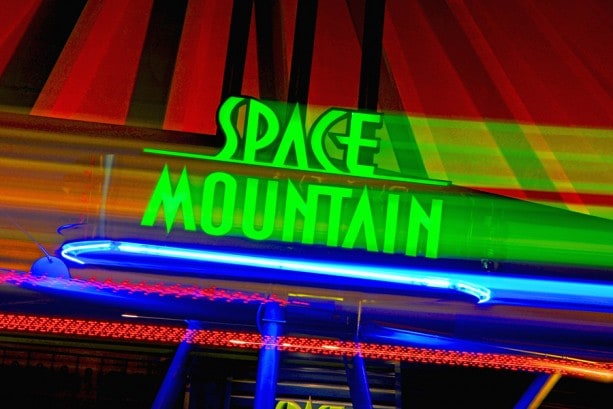 “We give a quick overview of the scientific method and why each process in that method is so critical to Theme Park attraction design,” explains Barbara Blake, Manager, Walt Disney World Youth Education. “Then the students begin experimenting (and developing their critical thinking) as they discover the energy needed to give a roller coaster attraction its effect.” In other words, they learn the difference between potential and kinetic energy.

The kids experience Space Mountain once they’ve made hypotheses about the top speed of the vehicles, the elapsed time of the attraction, the height of the track and the height of the longest drop. And they get to experience it with the lights on. The students review and record their observations then it’s back on the attraction for the same experience, but now in the dark. Who knew Space Mountain was such a great place to learn Newton’s first law of motion?

After a second Space Mountain flight through the galaxy, the students are asked what’s changed? Did the drops get higher? Was the ride faster? They discover how environmental differences—lights on or off—affect scientific observations.

But Space Mountain isn’t the only attraction to serve as a classroom. Because from there, it’s off to Big Thunder Mountain Railroad where Properties of Motion Physics Lab looks into centripetal force, inertia, vertical and lateral g-forces. And at either Buzz Lightyear’s Space Ranger Spin or Pirates of the Caribbean, the kids learn about the use of pneumatic and hydraulic systems in creating “life’ in the Audio-Animatronics figures.

All the Disney Youth Education Series programs are designed to enhance the classroom experience to show real-world application of principles learned in school. These programs take place in the information-rich setting of Disney Parks in Florida, California and Hong Kong, China. They help students practice teamwork, critical thinking and problem-solving skills even as they participate in unique moments that use the magic of Disney to make learning even more impactful.

“These programs are meticulously conceived under the highest educational guidelines, accredited by AdvancEd, a national organization that also accredits brick-and-mortar schools. The studies are standards-based and designed to reinforce classroom lessons. But what a fantastic way to give students and their teachers a hands-on, educational adventure,” Barbara says.

The Energy & Waves Physics Lab looks at the physical properties of light and sound waves and how Disney uses those properties to create special effects in Magic Kingdom Park.

For instance, the properties of light waves are explored at Haunted Mansion to see how black light (ultraviolet wavelengths), refraction of light and reflection of light work. The students get to go under the working attraction to see the “Pepper’s Ghost” effect that allows the “ghosts” to dance through solid tables in the ballroom scene. What a cool ghoul school!