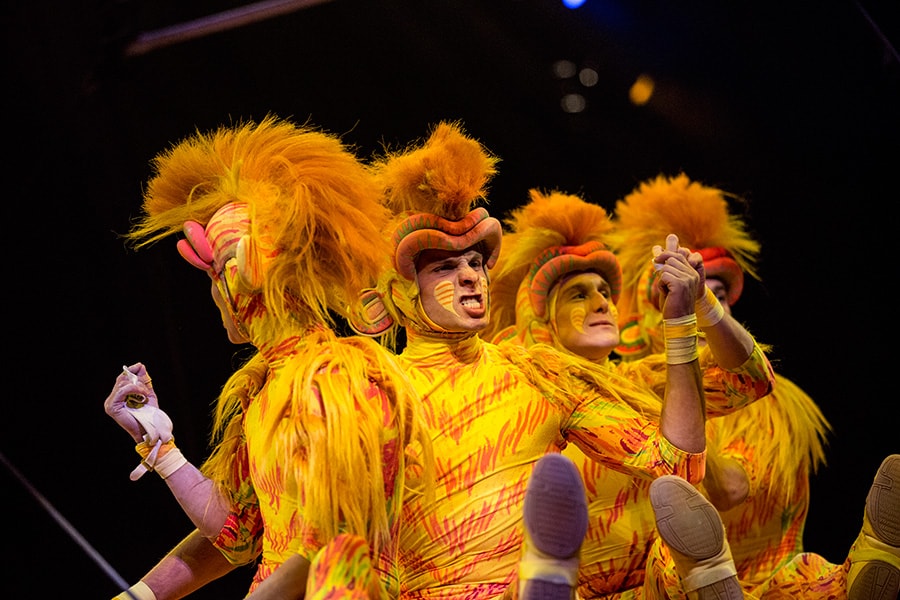 Behind the Scenes: ‘Monkeying Out’ with the Tumble Monkeys at ‘Festival of the Lion King’

One of my favorite parts of my job with the Disney Parks Blog is that I occasionally get to go behind the scenes and try out something that is really amazing, like stunt car driving at “Lights! Motors! Action! Extreme Stunt Show,” or learning stage combat at the “Indiana Jones Stunt Spectacular.” 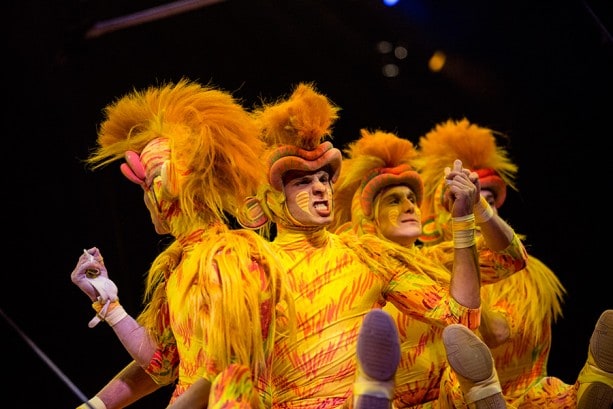 My most recent adventure took me to “Festival of the Lion King” at Disney’s Animal Kingdom, where I was lucky enough to spend some time with a few stars from the show – the fan-favorite Tumble Monkeys.

In case you haven’t seen “Festival of the Lion King,” the show celebrates the story of Simba the lion cub through live music, dance, puppetry, fireknife, and more. The Tumble Monkey scene adds humor into the story when a group of monkeys bounce, climb, flip, jump and swing in a hilarious gymnastics routine.

In reality, the Tumble Monkeys are a group of highly trained gymnasts who studied the sport up through their college years. In reality, I have not done a cartwheel since about age 7. This made it a pretty interesting challenge to go backstage and learn some of their (beginner) stunts. They also shared with me a team secret, which they call “Monkeying Out.” Check it all out below.

For more behind-the-scenes looks, check out the videos below:

Likes (1)
Share Behind the Scenes: ‘Monkeying Out’ with the Tumble Monkeys at ‘Festival of the Lion King’