Whether you’re a Jedi-in-training or the Jedi Master of the family, you’re in for an out-of-galaxy experience when you sail on the Disney Fantasy in early 2016! Today we announced a brand-new, day-long celebration aboard eight special sailings on the Disney Fantasy: Star Wars Day at Sea. 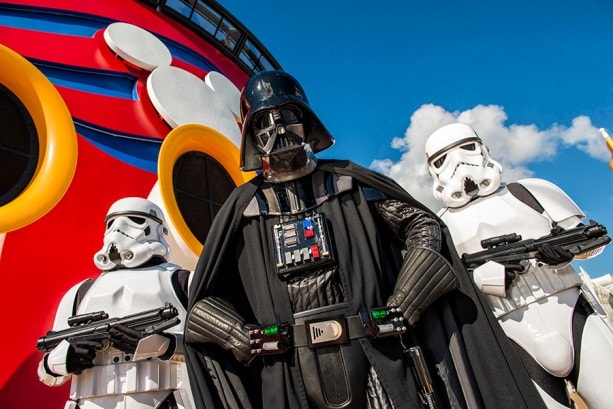 Occurring one day during each of eight Disney Fantasy sailings, Star Wars Day at Sea will transport guests to a galaxy far, far away — in the Western Caribbean. The event features a full day of Star Wars celebrations, including a deck party, meet-and-greets with favorite characters, Star Wars-themed youth activities, unique food and beverage offerings, and special merchandise. Also featured will be exclusive at-sea screenings of the Star Wars films and the new Disney XD animated series, Star Wars Rebels.

This event marks the first official appearance of the heroes and villains of Star Wars aboard our ships. Next week, I’ll share even more details about the intergalactic fun we have planned for Star Wars Younglings, Padawans and Jedi Masters alike!