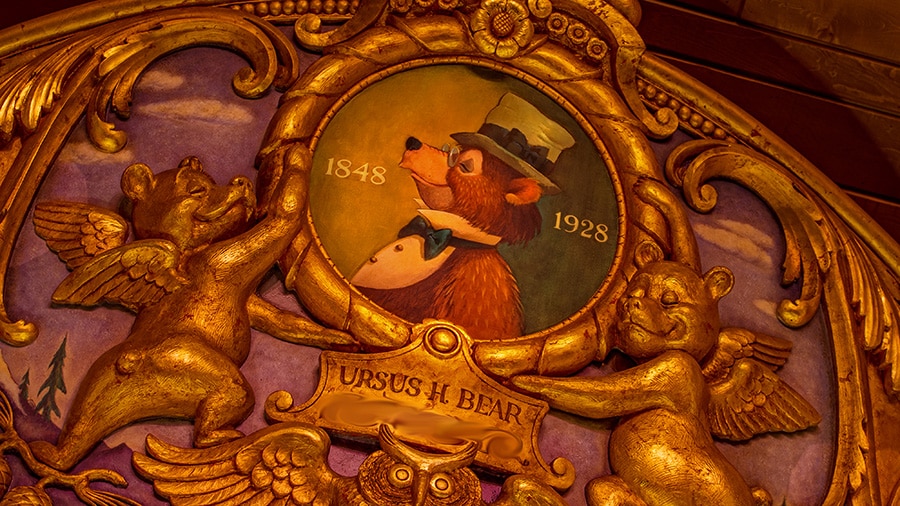 Country Bear Jamboree at Magic Kingdom Park stars a cast of more than 20 forest friends, including a moose, a racoon, a stag and a bevy of bears. Immortalized just above the main stage is a plaque of Ursus H. Bear (who isn’t a character in the current cast of the show). 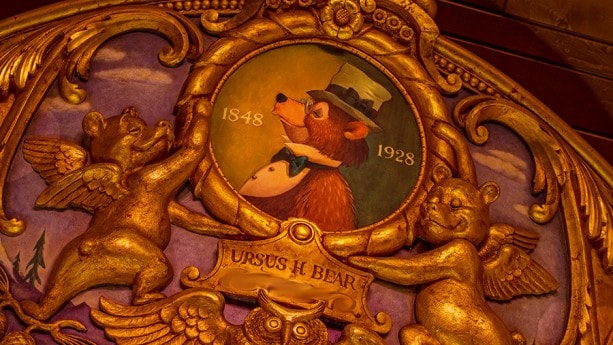 The word underneath his image seems to indicate the role he played in the Country Bear Jamboree – but it’s blurred out here. What is it? Tell us in the comments section below. We’ll update the post later today with the answer. 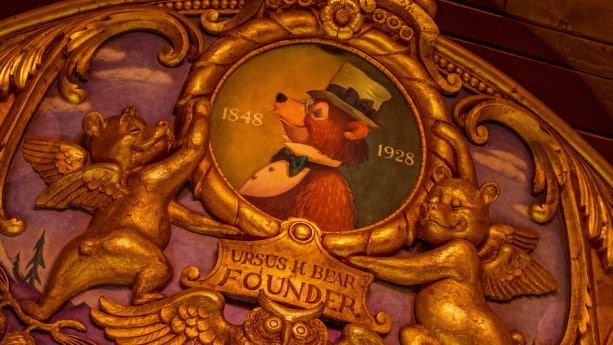