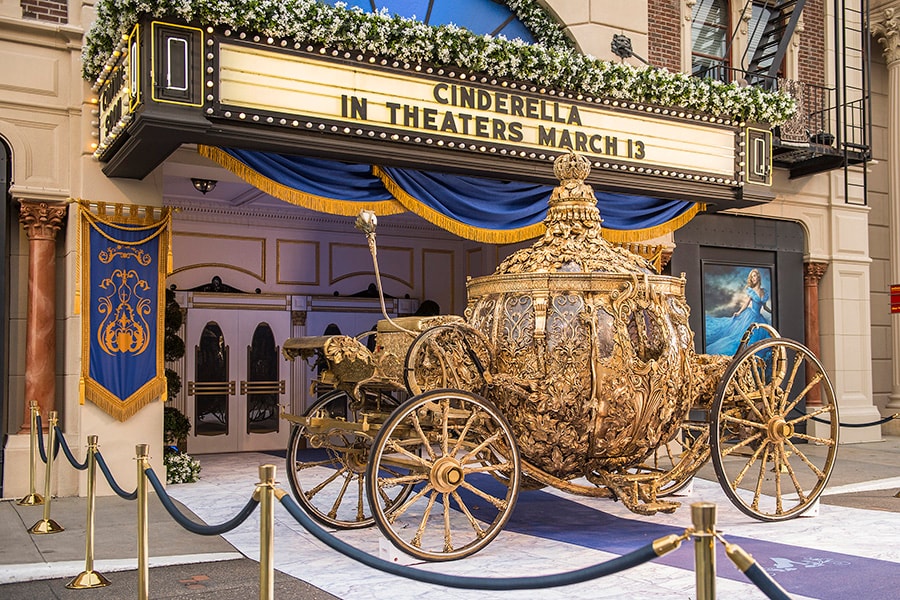 The exquisite golden carriage used in the production of Disney’s all-new, live-action “Cinderella” is on display at Disney’s Hollywood Studios! If you’re visiting the park between now and April 11, head down to the movie theater façade on Streets of America, where you’ll find the blue carpet rolled out for this special photo opportunity. It’s your chance to get a picture or snap a selfie with this stunning set piece from the upcoming film. When you do, be sure to share it with #Cinderella. 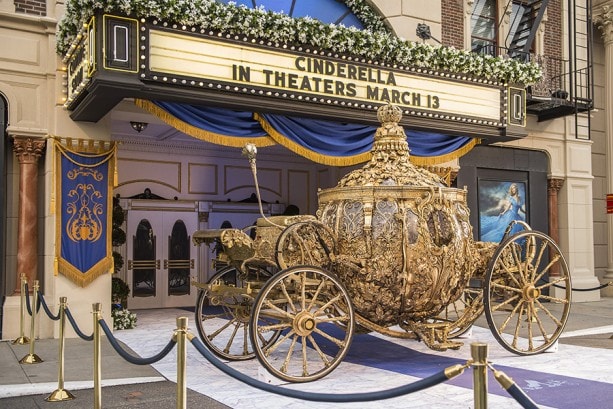 The carriage, created under the direction of Academy Award-winning Production Designer Dante Ferretti, was custom built for “Cinderella.” Decked out in gold leaf and measuring 10 feet tall and 17 feet in length, the carriage weighs nearly two tons – although it looks light as a pumpkin! 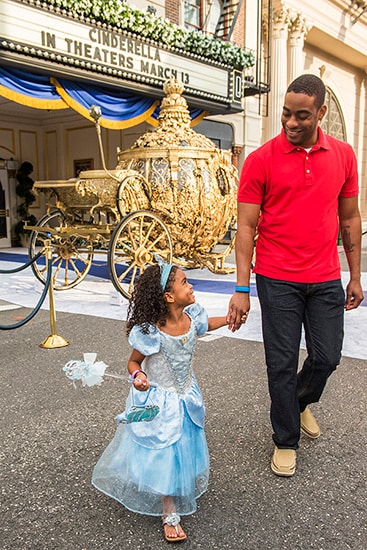 Inspired by the classic fairy tale, “Cinderella” brings to life the timeless images from Disney’s 1950 animated masterpiece in a visually dazzling spectacle for a whole new generation. Directed by Academy Award-nominee Kenneth Branagh from a screenplay by Chris Weitz, the film stars Lily James in the title role, Richard Madden as the Prince, Oscar-winner Cate Blanchett as the infamous wicked stepmother, and Academy Award-nominee Helena Bonham Carter as the Fairy Godmother. 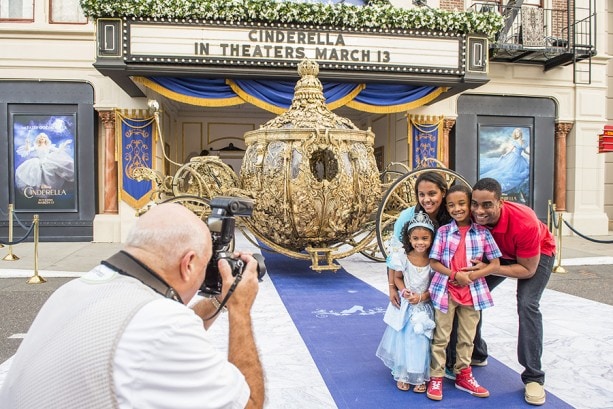 While at Disney’s Hollywood Studios, you can also catch an extended sneak peek of “Cinderella” in the ABC Sound Studio. You can catch the entire film in theaters, beginning March 13.