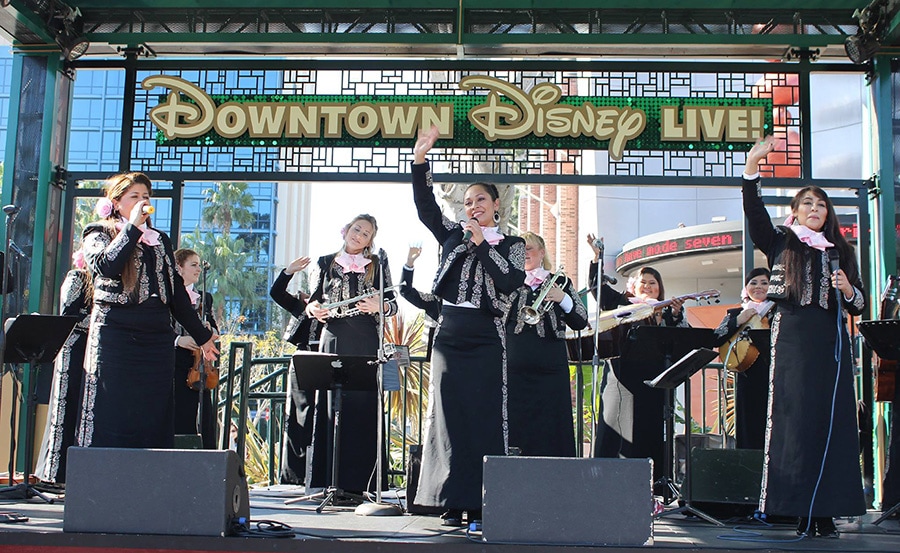 GRAMMY-Nominated Again! Mariachi Divas Will Perform Free on Thursday in the Downtown Disney District at the Disneyland Resort

For the many fans who see them perform regularly in Disney California Adventure park or at Tortilla Jo’s in the Downtown Disney District at the Disneyland Resort, the Mariachi Divas de Cindy Shea need no introduction. And it probably won’t surprise their fans to learn that the two-time GRAMMY award-winners have been nominated for a sixth time in the Best Regional Mexican Album (including Tejano) category.

To celebrate, and in recognition of their loyal followers, the Mariachi Divas will celebrate their nomination with a free concert at noon on Thursday, Feb. 5, at the Downtown Disney District.

The Divas, founded in 1999, are nominated this year for their album “15 Aniversario.” In 2014, they became the first mariachi group in history to receive a second GRAMMY, for their album “A Mi Manera.” Their first GRAMMY, for the 2009 album “Canciones De Amor,” marked the first time in history that an all-female mariachi group had been a nominee and a winner.

Likes (0)
Share GRAMMY-Nominated Again! Mariachi Divas Will Perform Free on Thursday in the Downtown Disney District at the Disneyland Resort