The fleet of Disney Food Trucks may have settled into their new home, Exposition Park at Downtown Disney West Side, but their menus continue to evolve.

Superstar Catering, the food truck inspired by Disney’s Hollywood Studios, is getting a brand-new menu. Look for a pork shank served with Gruyere macaroni and cheese and a sausage and caramelized onion flatbread. My favorite on the menu? ‘A Taste of Hollywood Studios,’ which features samplings of the BLT Soup from Sci-Fi Dine-In Restaurant and the Famous Cobb Salad and mini grapefruit cake from The Hollywood Brown Derby. 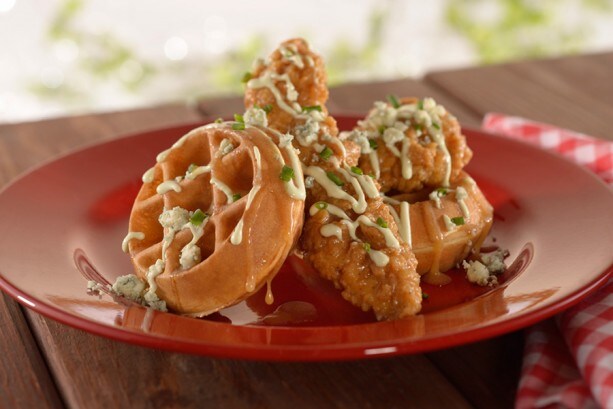 On the Fantasy Fare food truck, look for Game Day Chicken and Waffles — Buffalo-style chicken with Sriracha maple and blue cheese sauce, served with cornbread waffles. Also new to the lineup: sweet potato puffs topped with marshmallow cream and candied pecans; these tasty bites are not to be missed. In addition to these goodies, the classic hand-dipped corndog and grilled ham and cheese sandwiches are now served with waffle fries.

Have you visited the Disney Food Trucks at Exposition Park yet? Which is your favorite? Tell us in the comments below.