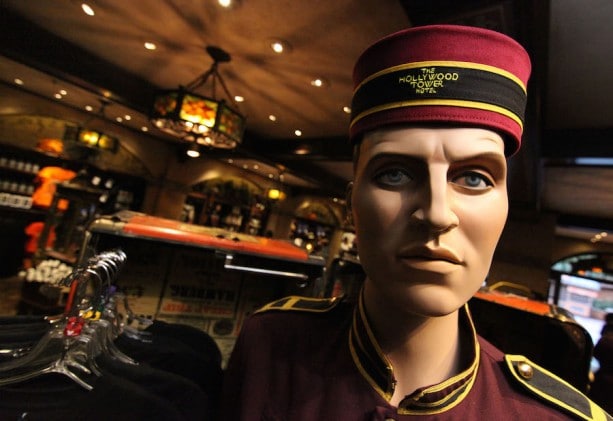 One morning not so long ago, I checked out the new Hollywood Tower Hotel Authentic merchandise that arrived at Tower Hotel Gifts in Disney’s Hollywood Studios. You may recall a previous story a few weeks ago discussing this new program that was inspired by the Twilight Zone Tower of Terror attraction at Disney Parks. Here’s a quick look at what I discovered beyond the fifth dimension. 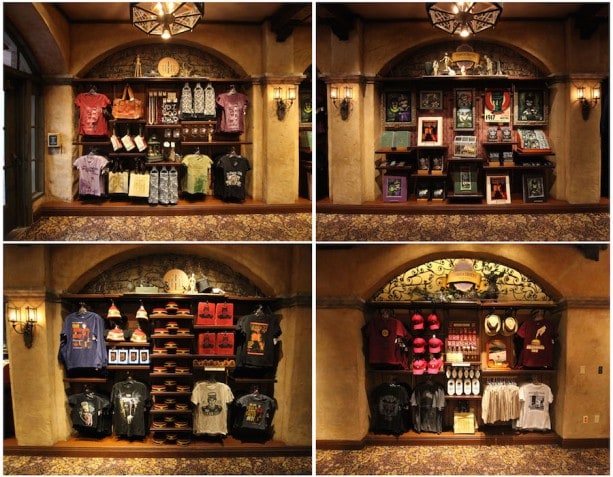 Upon entering Tower Hotel Gifts, I immediately noticed the new products displayed throughout the shop. The merchandise presentation team reworked many of the wall fixtures and added some new elements to the location. The shop now features a Tower Hotel Gallery with collectible artwork such as the art deco-inspired bellhop sign created by Disney Design Group artist Richard Terpstra. It was great seeing some of my other favorite items in the shop like the bellhop hat and the bell. 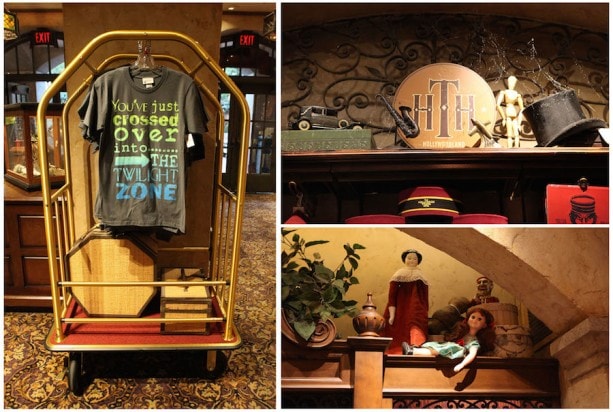 The team also added a few nods to the original television series above the merchandise displays (look above the register area to find Talky Tina). I enjoyed seeing a luggage cart being used as a fixture for apparel, and the display for the Disney Theme Park Edition of Jenga is quite creative! 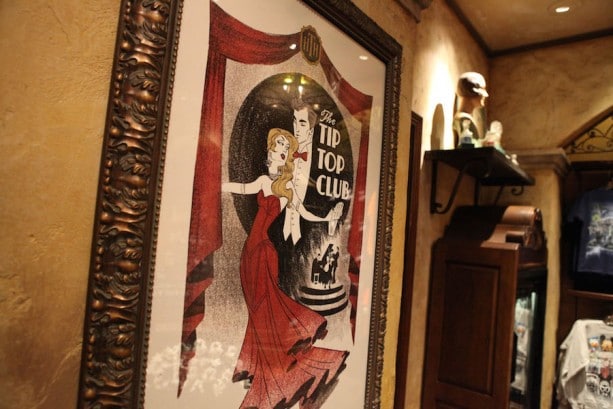 Additional items will be arriving throughout this spring at both Disneyland California Adventure park in Disneyland Resort and at Disney’s Hollywood Studios in Walt Disney World Resort. There will more apparel items for men and women (the women’s T-shirts will arrive toward May). There will also be a new black-colored bathrobe that is due to arrive around April. Finally, new drinkware and stationary will be added to the shops in the coming weeks.

Here is a gallery of other items I found. I hope you “drop in” sometime soon to check them out.