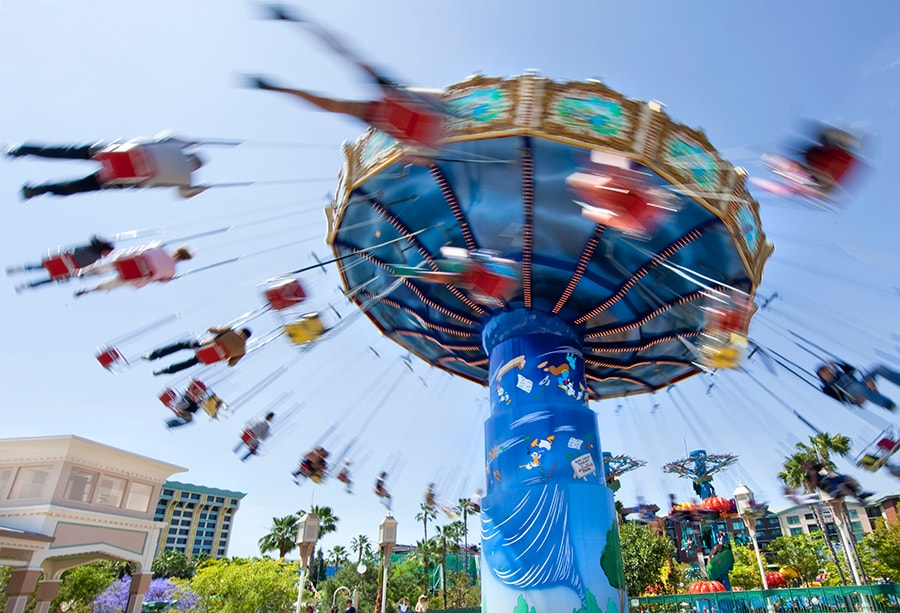 Today in Disney History: ‘The Band Concert’ is Released, 1935

On February 23, 1935, “The Band Concert” made its debut as the very first Mickey Mouse cartoon in color. Today, it serves as the inspiration a favorite Disney California Adventure park attraction, Silly Symphony Swings. To mark this historic animated short’s anniversary, I asked Disneyland Resort Chief Photographer Paul Hiffmeyer to share a few of his favorite photos of the attraction it inspired with us. 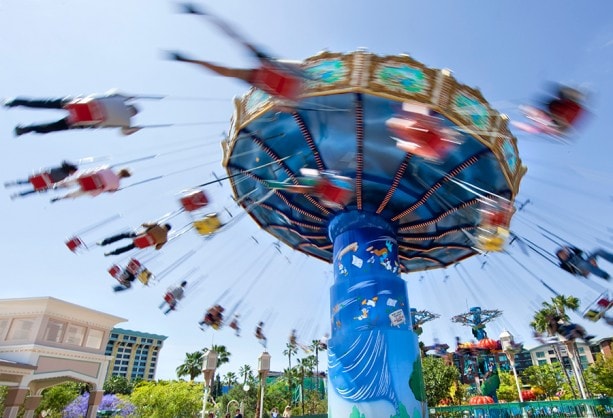 This classic swing ride features chairs suspended from a round, overhead canopy while the central tower telescopes up and down to take riders on a smooth and spiraling experience, as if they are caught inside the cartoon’s swirling cyclone. 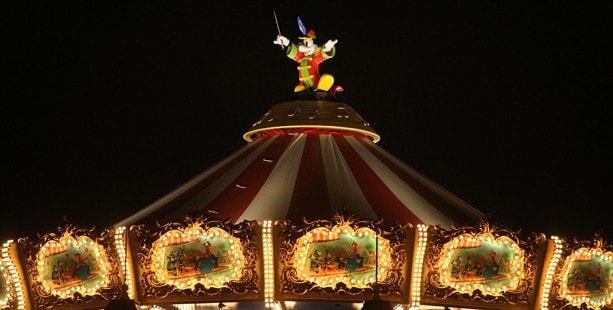 Standing atop the canopy is Maestro Mickey Mouse himself, just as he appeared in “The Band Concert” – with a conductor’s baton in hand and dressed in his red bandleader’s uniform.

Next time you visit Disney California Adventure park, get caught up in the swirl of music and mayhem yourself on Silly Symphony Swings!

Destinations: Today in Disney History: ‘The Band Concert’ is Released, 1935