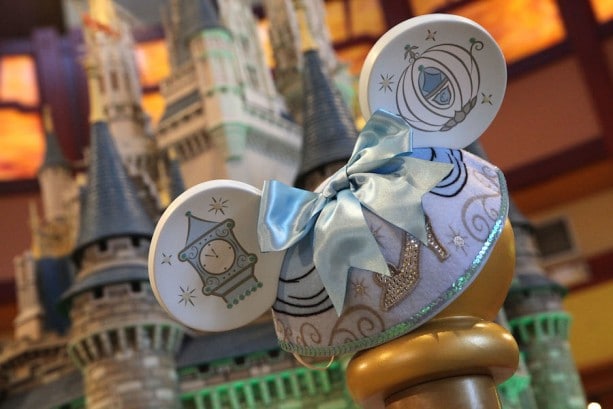 With the 65th Anniversary of Walt Disney’s “Cinderella,” I’m reminded of my younger sister who loved Cinderella. I remember her listening to a 33 ½ long playing record that had scenes from the animated film printed on both sides of the album. Today, her childhood bedroom in Ohio still has reminders of Cinderella with small figurines and framed prints. She found many of those items during visits to Walt Disney World Resort in the 1980s and 1990s. I thought today was a good day to share some of my favorite Cinderella-themed items currently found Disney Parks. To celebrate this anniversary, the Disney pin team released a limited edition pin that has an edition size of 2,000. Look for it in select pin locations at Disneyland and Walt Disney World Resorts. Costume dresses and accessories are some of the most popular Cinderella items at Disney Parks. Little ones ages 3-12 can also be magically transformed into Cinderella at the Bibbidi Bobbidi Boutique locations at Disneyland park, Magic Kingdom Park, and Downtown Disney Marketplace. I bet my sister wishes she had these options when she was a child! 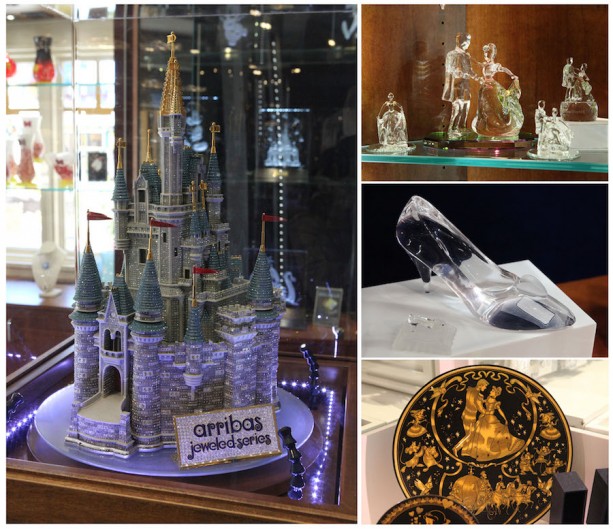 Speaking of Downtown Disney Marketplace, I stopped by Arribas Brothers to view an amazing Cinderella Castle Sculpture. The limited sculpture is detailed in hand-enameled metal and is set with 28,255 Swarovski crystals. The retail for this item is $37,500 and it can be found online. 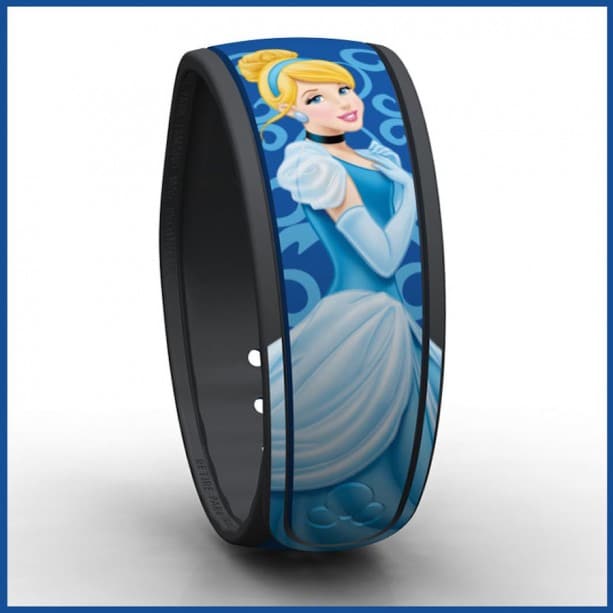 Finally, I have a sneak preview of a graphic MagicBand that is coming this spring. This Cinderella-themed retail MagicBand is similar to the Belle and Ariel MagicBands we released in January. While I don’t have a confirmed release date for this open edition item, the MagicBand development team thought it was the perfect thing for this Cinderella story.

Here is a gallery of other things I found including custom phone cases at D-Tech on Demand in the Marketplace Co-Op at Downtown Disney Marketplace, dolls, mugs and the Cinderella Castle playset.