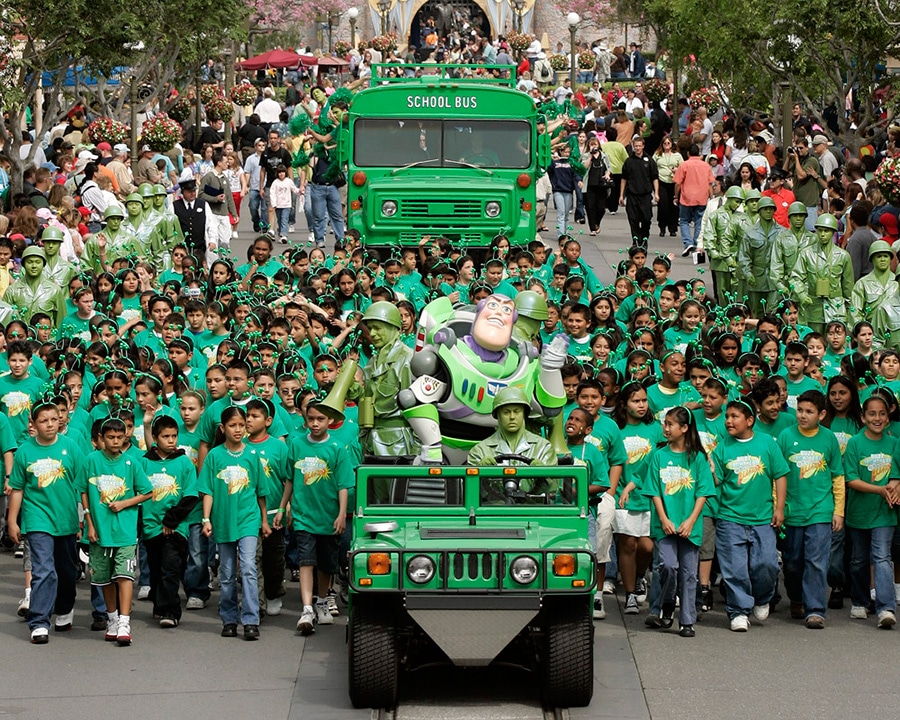 On March 17, 2005, students from Green Elementary School joined Green Army Men and Buzz Lightyear for a special sneak peek of Buzz Lightyear Astro Blasters. Did I mention it was St. Patrick’s Day? 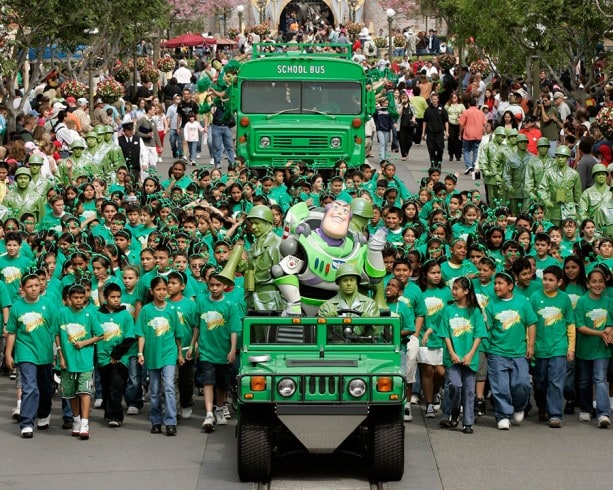 Following a cavalcade down Main Street, U.S.A., Buzz led the kids to the Tomorrowland entrance of his new attraction where they were among the first to enter the Gamma Quadrant to battle Evil Emperor Zurg. 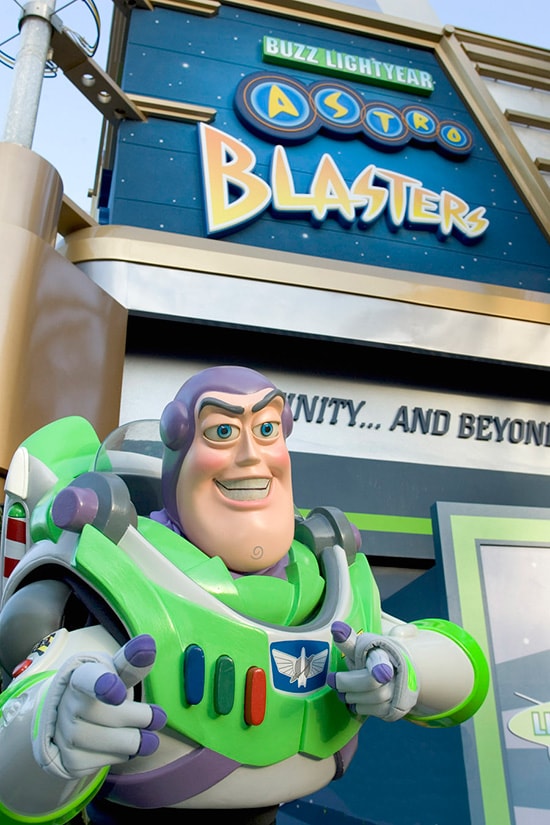 Buzz Lightyear Astro Blasters would not officially open for another few weeks, on the eve of our 50th Anniversary Celebration, with Tim Allen on hand for the opening ceremony. 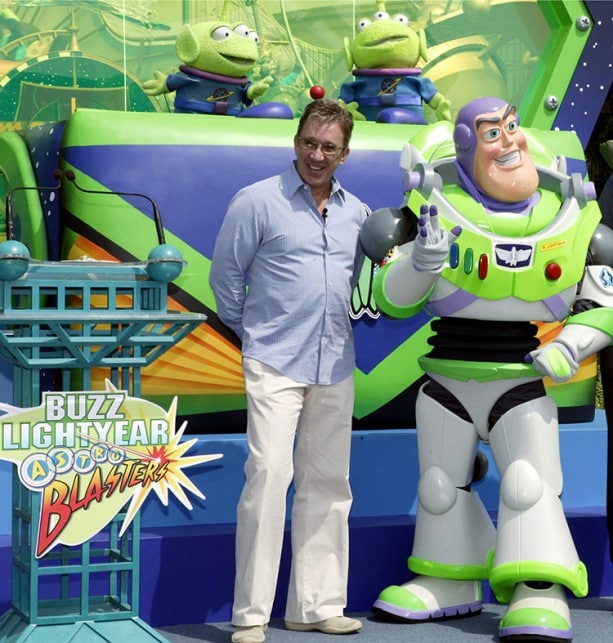