The Haunted Mansion, and the different versions of it at Disney Parks around the globe, are among my favorite to write about because they have such great storylines – and stories – to tell. 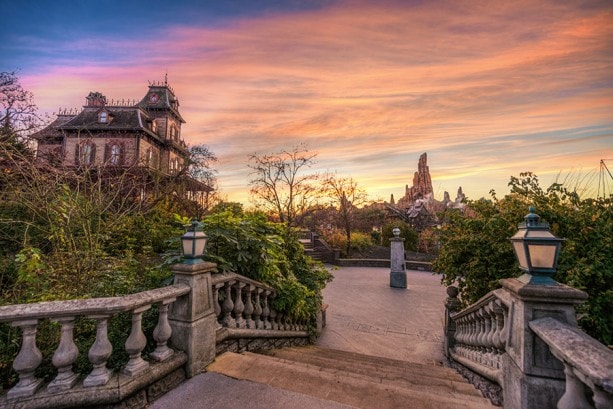 In today’s sunrise shot, which was snapped by photographer Tom Bricker, you can see the sun rising over Phantom Manor at Disneyland Park (in Paris). Not only is it a lovely shot, but this photo actually illustrates a cool fun fact about the attraction: Unlike other Disney Parks around the world, this Haunted Mansion-type of attraction actually appears in Frontierland. (At Walt Disney World Resort, you can find it in Liberty Square, at the Disneyland Resort in California it’s located in New Orleans Square and at Tokyo Disneyland, it’s in Fantasyland).