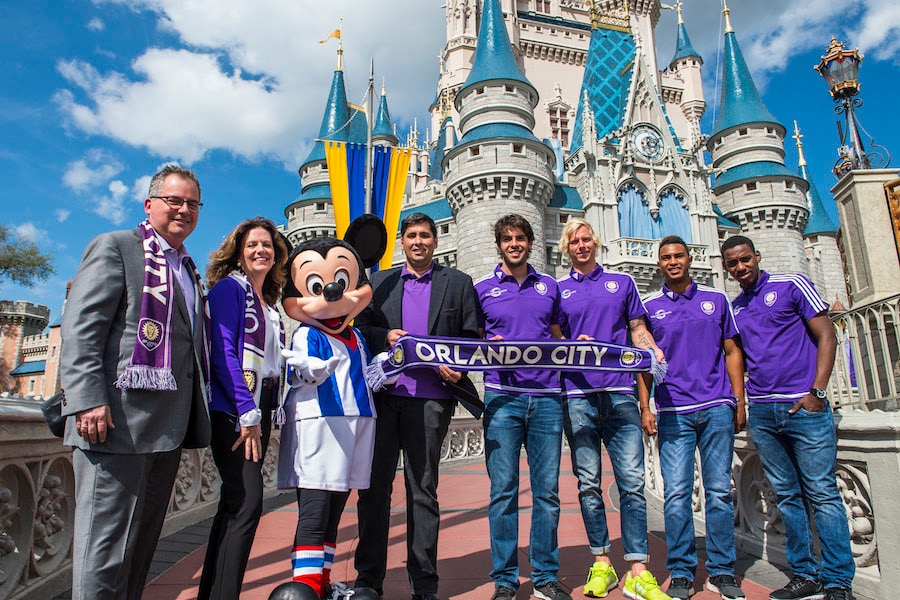 With Orlando City Soccer Club only days away from its Major League Soccer debut this weekend, Walt Disney World Resort is getting in on the fun. 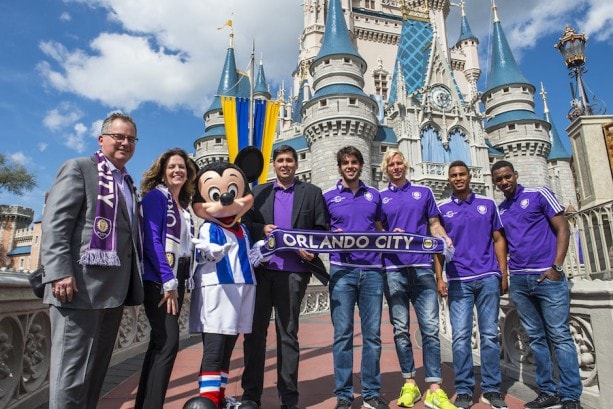 We are thrilled to announce today that Walt Disney World Resort is now a founding sponsor of Orlando City, further strengthening our ties to the area’s newest pro sports franchise which played its home games at our ESPN Wide World of Sports Complex last season.

This sponsorship deal means the soccer fever that has been sweeping Central Florida lately is going to be even more visible in and around Walt Disney World Resort. That’s because we are now the team’s official theme park and resort destination, and Disney Cruise Line and Disney Vacation Club are its official cruise line and vacation club, respectively.

When the season kicks off Sunday in front of a capacity crowd of 60,000 screaming fans at the Citrus Bowl, Walt Disney World Resort will have a significant presence at the game much like we will at all Orlando City home games this year and at the team’s new downtown stadium starting in 2016.

The soccer action will happen here, too. We’re planning to collaborate with Orlando City on a variety of soccer events at ESPN Wide World of Sports Complex in the coming months, further enhancing the soccer experience for athletes, coaches and fans who attend the many youth and pro soccer events at the sports complex.

Ultimately we hope to leverage our collective resources to further elevate Central Florida’s profile in key travel markets such as Brazil and other Latin American countries where soccer is king.

Hope to see you at some of the Orlando City games!