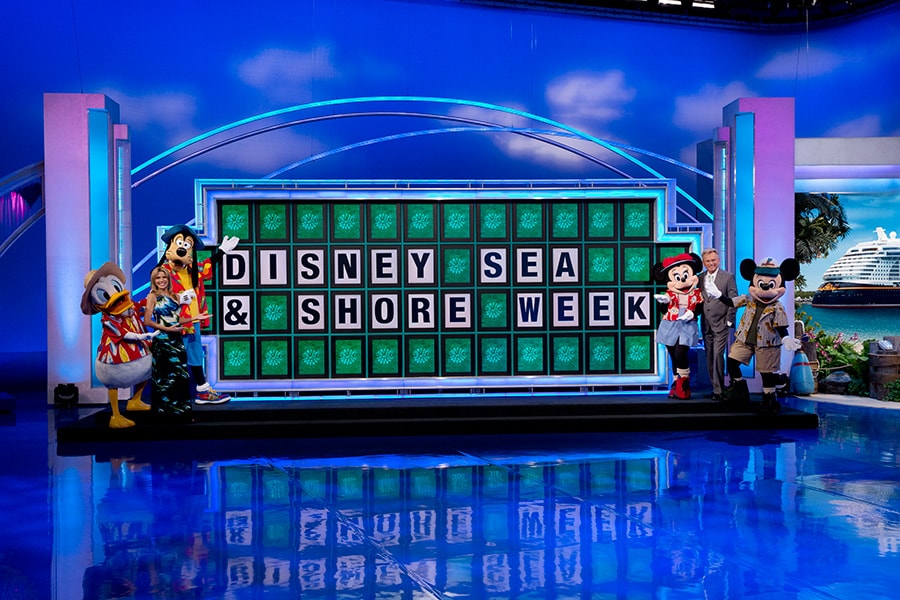 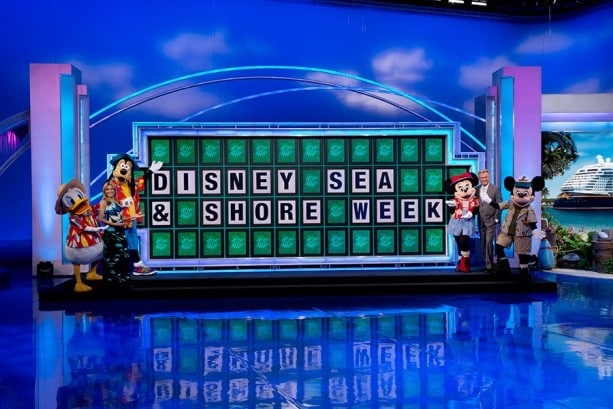 There are many partners that we work with at Disney – but it’s no secret that “Wheel of Fortune” is one of our favorites, and we’re always thinking about new ways that we can work together.

Disney Cruise Line has been featured on the show before. But, this week, two more exciting vacation destinations join for the very first time: Aulani, a Disney Resort & Spa and Adventures by Disney! And with all three together, it’s Disney Sea & Shore Week on “Wheel”! I always tell you that I have the best job at Disney… and working on this production may have been the most fun of all. Along with some other very talented (and lucky) cast members, we played host to our friends Pat Sajak and Vanna White as they sailed aboard the Disney Cruise Line, got a taste of Hollywood on one of our spectacular Adventures by Disney trips, and experienced the true magic of Aulani, a Disney Resort and Spa in Hawaii.

Pat and Vanna, along with the entire crew from “Wheel of Fortune” made memories that will last a lifetime, as we all traveled from the Atlantic to the Pacific. From an extraordinary dinner at Palo aboard the beautiful Disney Dream, to storytelling by the fire at Aulani, to a stroll along world famous Hollywood Boulevard on a unique Adventures by Disney excursion, I don’t think any of us will soon forget these special moments. Good news is, you’ll get to see many of these experiences throughout the week of shows, beginning tonight, along with some clever Disney-themed puzzles, a dazzling set, special contestants who love these destinations just as much as we all do. There’s plenty of inspiration, too, for your next Disney vacation as you venture outside the theme parks. And, another exciting treat – five lucky viewers will win their very own dream vacation to Aulani, just for watching! More details, here. 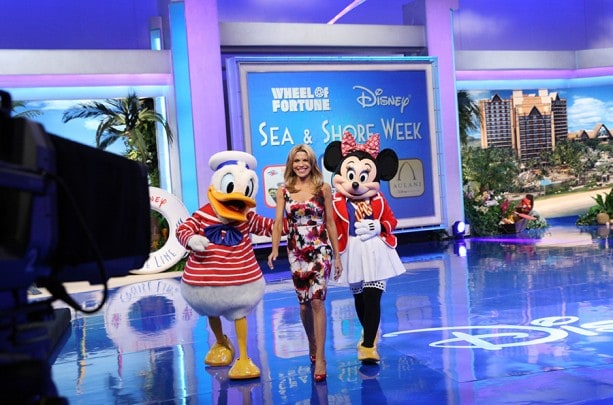 (One last thing. I would never dream of giving anything away. But, just between us, don’t be surprised to see even more Disney fun ahead this season on “Wheel.” No one will know I told you, right?)