The Garden Rocks Concert Series at the Epcot International Flower & Garden Festival has a few newbies this year, including this weekend’s group – En Vogue. I own a couple of their CD’s, and have sung along with their hits including “Free Your Mind”, “Don’t Let Go” and “My Lovin”. The trio has a new album coming out later this year. I had a chance to chat with Rhona Bennett about their festival debut – it’s a homecoming, of sorts, for her! 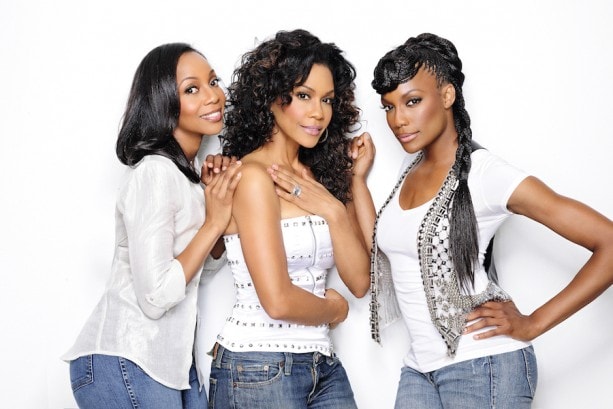 Rhona: I haven’t attended the festival before, so I’m looking forward to this. Disney has a knack for creating enchanting environments.

Victoria: You’re already kind of part of the family – I read you were on the “The All-New Mickey Mouse Club”. What can you tell us about that time?

Rhona: I gained so much from my experience at Disney … I had a great time exploring the fine arts (dancing/singing/acting/interviewing/recording/etc..) on such a platform and with such a talented group of kids. And … I frequented Space Mountain, ‘The World’ at Epcot and the splendor of the night lights at the Magic Kingdom [Park].

Victoria: What can you share with us about the new album coming out? Any flowers or garden themes in it (smile)?

Rhona: We’re all pretty silly, so we had a good time being creative and recording the forthcoming album. There were funny writer’s block moments where we would break out into song and dance while passing the time … And, although we don’t have any songs with a flowers or garden theme, we do have a song called, ‘Blue Skies’, that could compliment them.

Victoria: What attractions, characters, food or experiences are “must do’s” during your time with us?

Rhona: I would love to visit Downtown Disney again. I heard that it has continued to expand with greater attractions and places to eat. I will definitely take another stroll through ‘The World’ at Epcot. And, I wonder what’s in place of ‘Horizons in Future World’. I used to love that ride!

I sure hope Rhona isn’t disappointed Horizons was closed back in the late 1990s! Maybe she should take a spin on Test Track Presented by Chevrolet or Mission: SPACE instead! What attraction would you recommend for her first time back in a while?