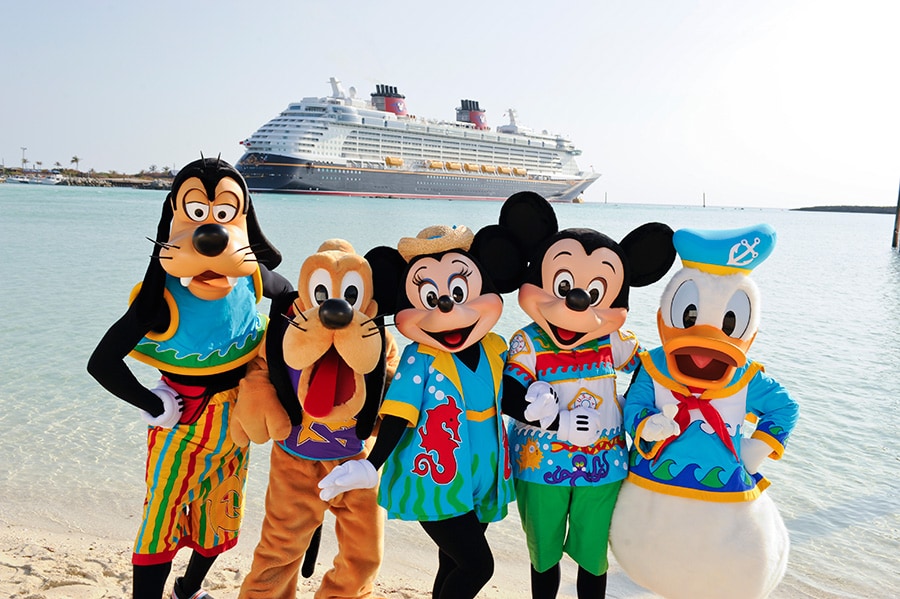 Can you believe it’s Friday the 13th, again?! Last month on this traditionally unlucky day, we celebrated Villaintine’s Day, and I shared with you the top places to spot villains on a Disney cruise. But this month I want to focus on good rather than evil and show you some the friendly faces you can see when sailing with us. The Fab Five: The gang’s all here! Starting with our special Sailing Away celebration, you’ll see these beloved friends up on stage, walking the decks, giving out hugs and lighting up faces throughout your entire cruise. Potential memorable moments with these guys are just one reason to have your camera handy at all times. 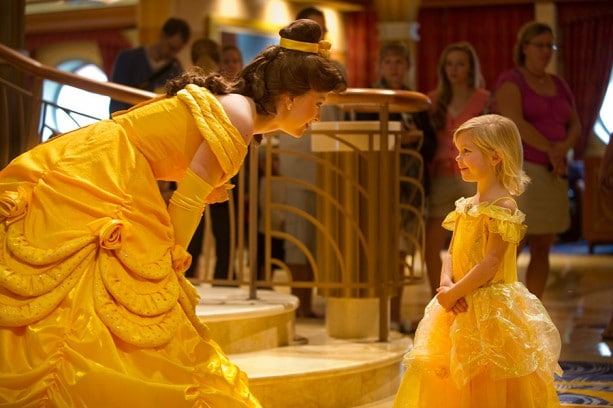 Princesses: Calling all royalty! Heroines like Cinderella, Belle, Snow White, Aurora, Tiana and Ariel await your presence in the atrium lobby for our one-of-a-kind Princess Gatherings. Some of these special ladies also make appearances in our stage shows, singing tunes from your favorite Disney films and showing off their glittery gowns. 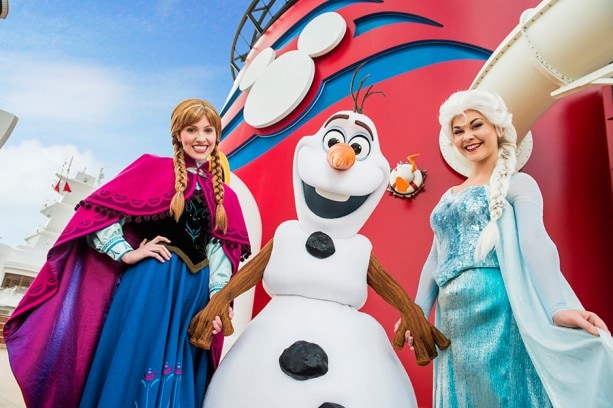 Friends from Arendelle: Speaking of princesses, your two favorite royal sisters are now onboard all four ships, soon to be joined by their pal, Olaf. Plenty of warm hugs will be given, and come summer, these friends will delight Disney Magic and Disney Wonder cruisers during a spectacular “Frozen”-inspired celebration on deck. 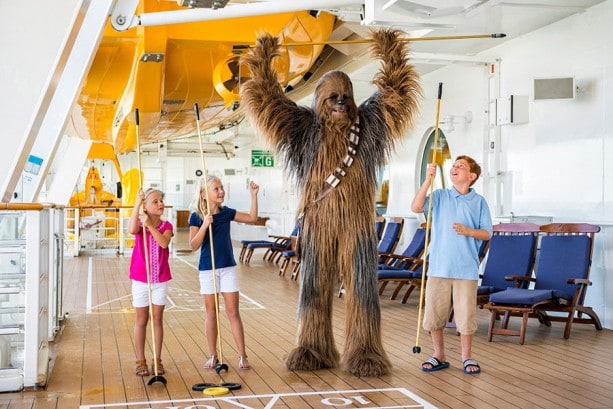 Intergalactic Heroes: The Force is strong with this one! Iconic characters from the Star Wars saga are joining us aboard eight sailings on the Disney Fantasy in 2016. During the day-long celebration, Star Wars Day at Sea, you’ll see them roaming the decks, converging on the deck stage for a special celebration, signing autographs and more. 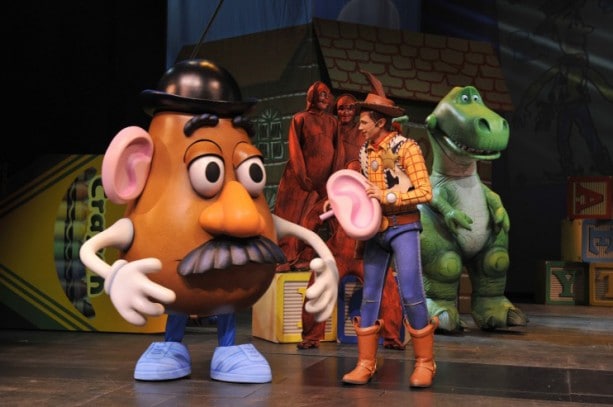 Pixar Pals: Your favorite characters from Pixar films are everywhere! You’ll spot them on stage, on screen, on deck and more. Some of our Pixar character highlights include “Toy Story – The Musical” in the Walt Disney Theatre, an atrium dance party in Alaska and humorous conversations with Crush in Animator’s Palate. 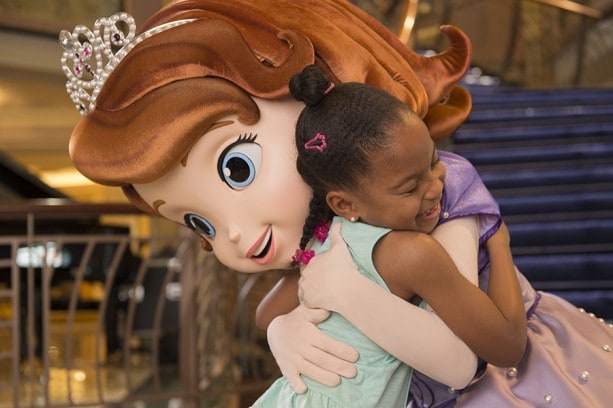 Disney Junior: Jake and Sofia are two stars from Disney Junior bringing smiles to the faces of our littlest cruisers. One event your family won’t want to miss is our Disney Junior Pirate & Princess Dance Party where you can boogie to fun Disney Junior tunes, sometimes alongside this adventure-seeking pirate and adored princess in-training. 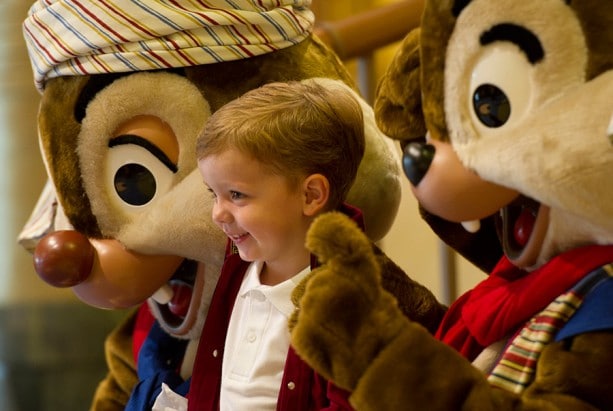 Popular Pirates: Avast, me hearties! Jake isn’t the only well-liked pirate you’ll meet on your sailing. Captain Jack Sparrow can be spotted stumbling around Serenity Bay at Castaway Cay (Castaway Air Bar serves excellent rum!), and Mickey and his gang, including Chip and Dale, don their swashbuckling attire for our special pirate party night.

Of course, that’s not all! Friends like Lilo and Stitch are up for fun all year long, and Santa Claus spreads cheer throughout the holiday season. Who are some of the other friendly faces you love to see on a Disney cruise?