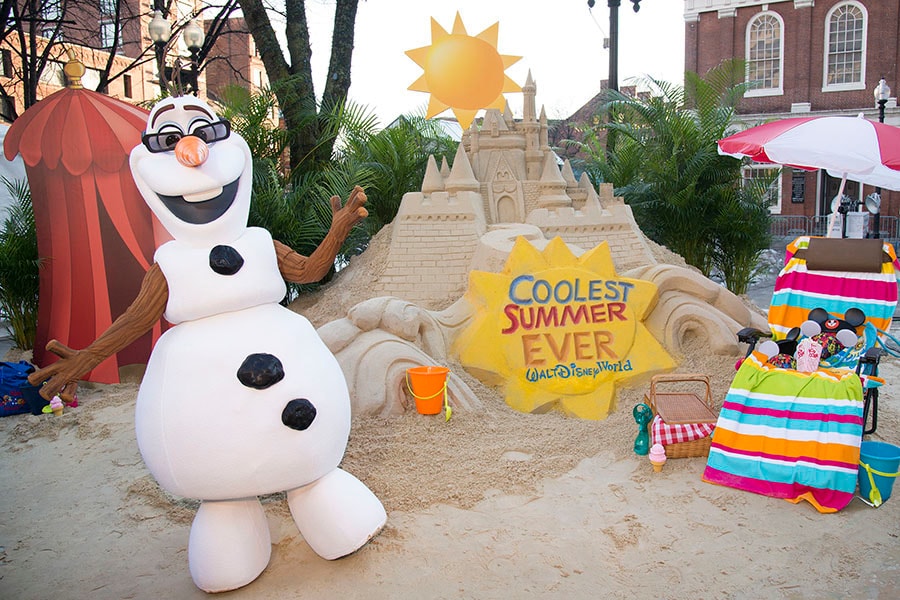 As you may have seen on ABC-TV’s “Good Morning America,” we shared some true Disney magic in winter-weary Boston by creating a warm summer scene, inspired by Olaf’s “In Summer” dream, to officially announce that the “Coolest Summer Ever” is coming to the Walt Disney World Resort. And it all begins with a Disney Parks Blog reader favorite – a 24-hour event at Magic Kingdom Park – during Memorial Day weekend, the traditional kickoff to summer. 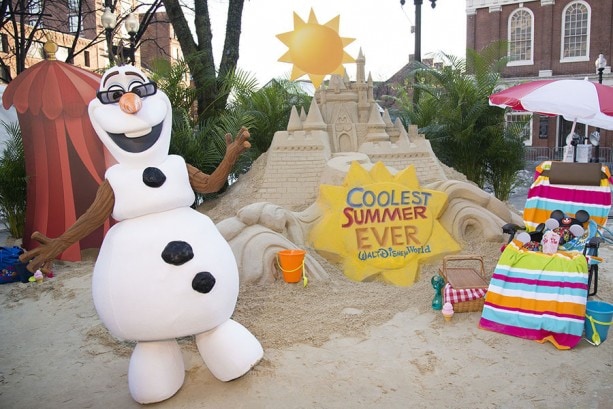 Olaf, who is the official host of our “Coolest Summer Ever,” surprised Bostonians near historic Faneuil Hall with a 20-foot wide beach that included a Cinderella Castle made of sand, beach chairs, beach balls and other reminders of summer fun at Walt Disney World Resort. Check out how it all came together in the video below.

We’re kicking off the summer with an all-night party at the Walt Disney World Resort. Magic Kingdom Park will be open to guests for 24 hours of nonstop fun from 6 a.m.-6 a.m. May 22-23. Guests are invited to dress to show their Disney Side while a selection of favorite attractions, entertainment, merchandise, food and beverages will be on tap all night long to celebrate the start of the “Coolest Summer Ever” at Walt Disney World Resort.

For the “Coolest Summer Ever,” we’re already planning experiences you won’t want to miss. Here’s an early look at some of the highlights:

There’s more to come, so keep an eye on the Disney Parks Blog or visit Disneyworld.com/CoolestSummerEver for future details and information.

Also, later this morning, Erin will be sharing a special announcement from Disneyland Resort right here on the blog.