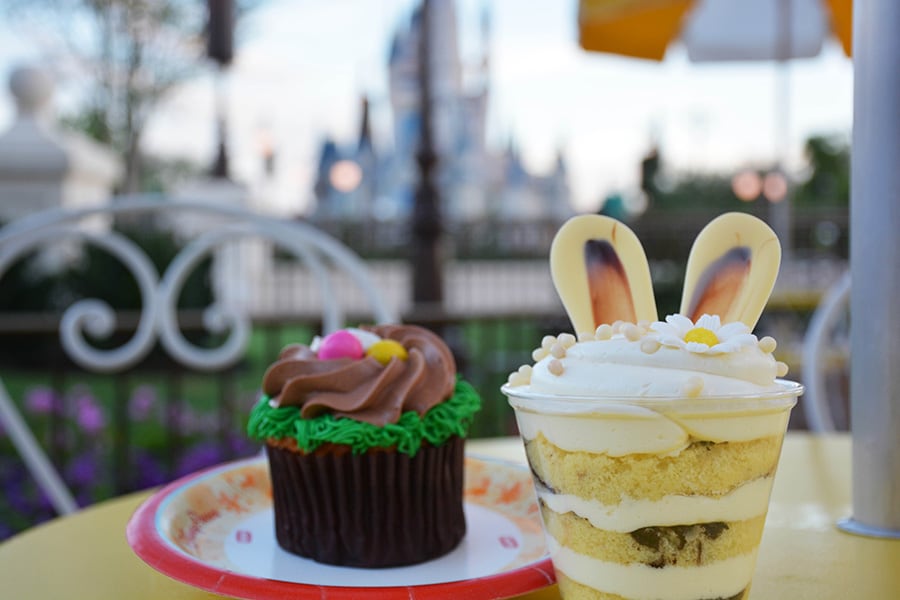 Big or small, there’s a way to celebrate Easter at Walt Disney World Resort. From specialty cupcakes in Magic Kingdom Park to an Easter egg parade at Disney’s Contemporary Resort and a garden party brunch at Disney’s Grand Floridian Resort & Spa, there’s something for everyone. From March 29-April 11, Magic Kingdom Park guests can nibble a cupcake that’s almost too pretty to eat – carrot cake with cream cheese icing and a carrot piped on top, or a vanilla cupcake with a chocolate nest of malted milk eggs. And don’t forget the delicious white chocolate rabbit cupcake from Cheshire Café! 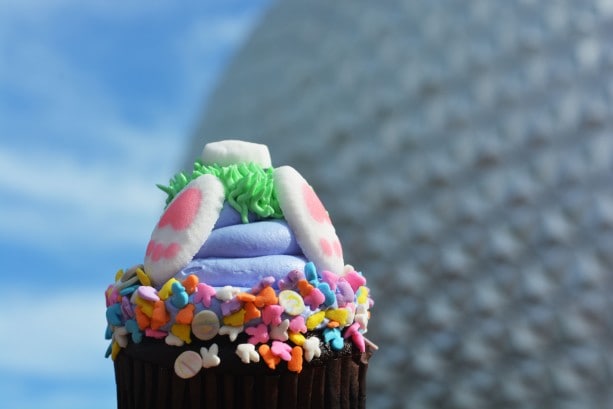 At Epcot, guests can pick up an adorable chocolate cupcake with marshmallow filling, marshmallow-buttercream frosting at Fountain View from March 29-April 11, and Sunshine Seasons April 4-5. 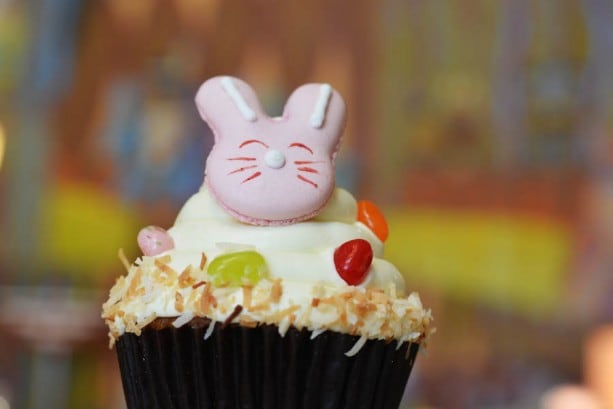 A noon on March 31, join in the 3rd annual Disney’s Contemporary Resort Easter Egg Parade at Chef Mickey’s – the procession of pastry chefs starts in the restaurant, then their chocolate bunnies and beautifully decorated eggs are displayed through Easter on the fourth floor near the restaurant. There will also be a special cupcake April 3-5, featuring carrot cake with pineapple-coconut filling, white chocolate buttercream frosting, toasted coconut, jelly beans and a bunny macaron garnish. At Disney’s Animal Kingdom Lodge, fans of Boma — Flavors of Africa will be happy to hear that hours are extended on Easter Sunday, April 5, from 7:30 a.m.-2 p.m. And ‘tis the season for sweets, with a table laden with goodies – chocolate peanut butter eggs, jelly beans, kisses, chocolate miniatures so that breakfast guests can make a little take-home box.

Over at Kidani Village at Disney’s Animal Kingdom Lodge, the Palace Library at Kidani Village is being converted to “Library Lounge” during this bustling season, open from 4 p.m.–midnight and offering Sanaa appetizers and cocktails (not on the Disney Dining Plan). It’s the perfect place to beat the heat with a pretty savannah view. 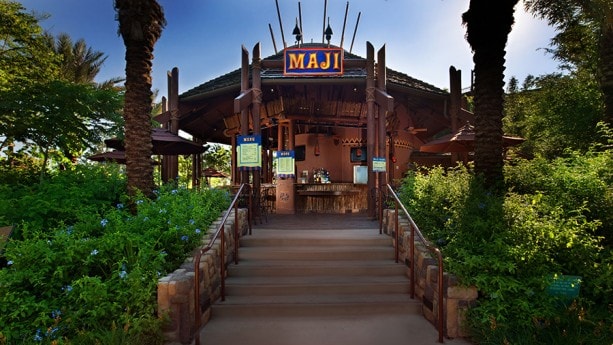 Guests of the resort can enjoy the Maji Pool Bar Cookout from 11 a.m.-6 p.m. daily (weather permitting) March 28-April 12: burgers, veggie burgers, hot dogs, bratwurst and a chicken burger by the pool (on the Disney Dining Plan). Look for some fun entertainment too.