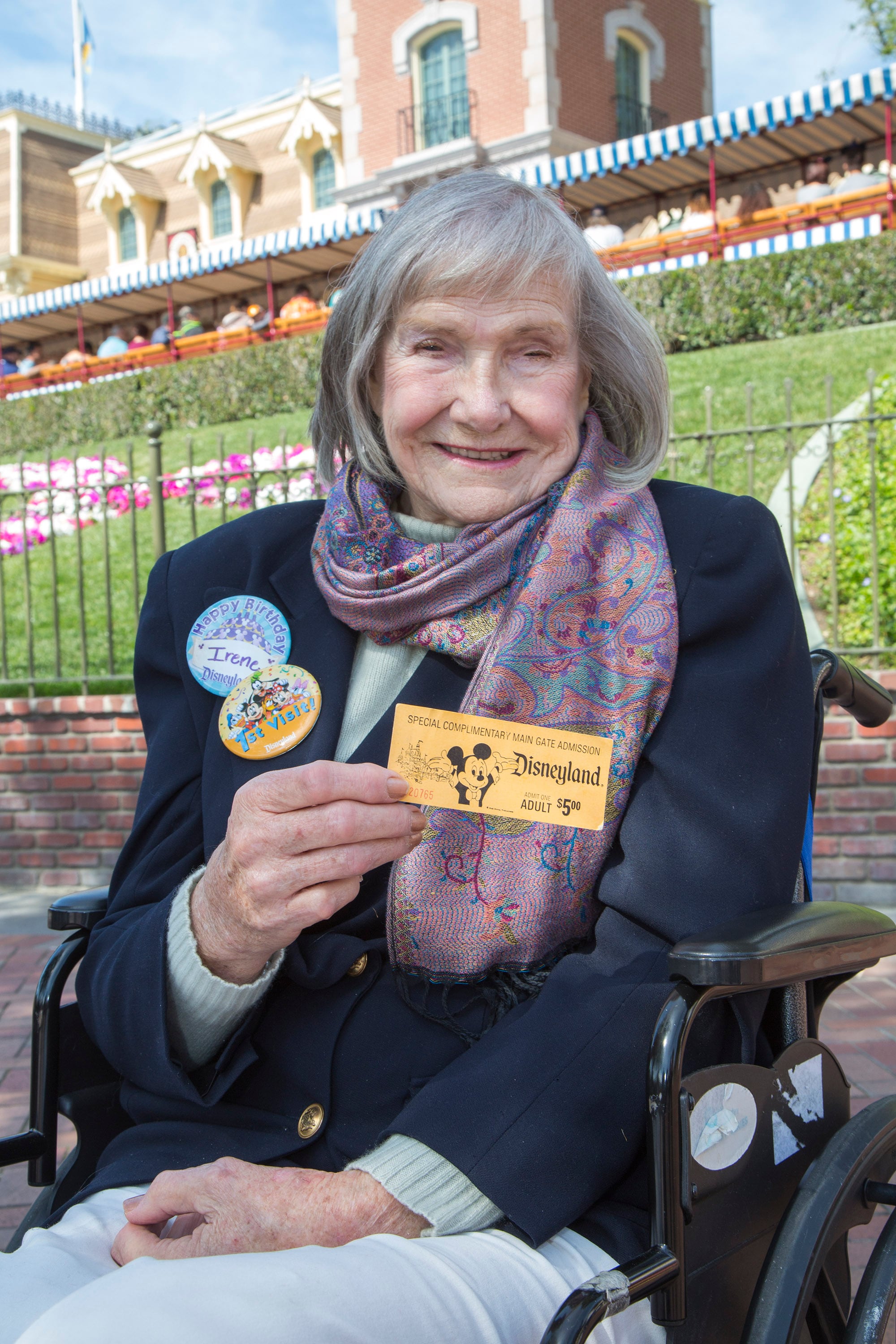 Last month, on her 90th birthday, Irene Jewell, legendary dancer and wife of Disney cinematographer Stuart Jewell, visited Disneyland park for the first time. Known for her impressive height, Irene performed under the name Ricki Covette in the course of her 30-year career. She later met Disney cinematographer Stuart Jewell, known for his camera work on Disney’s “True-Life Adventures,” including “The Living Desert” and “The Vanishing Prairie.” He also produced much of the now-iconic time-lapse footage from the construction of Disneyland.

But despite her own legendary status and connection to Disneyland history, Irene had never visited the park! So she thought her 90th birthday would be the perfect occasion. 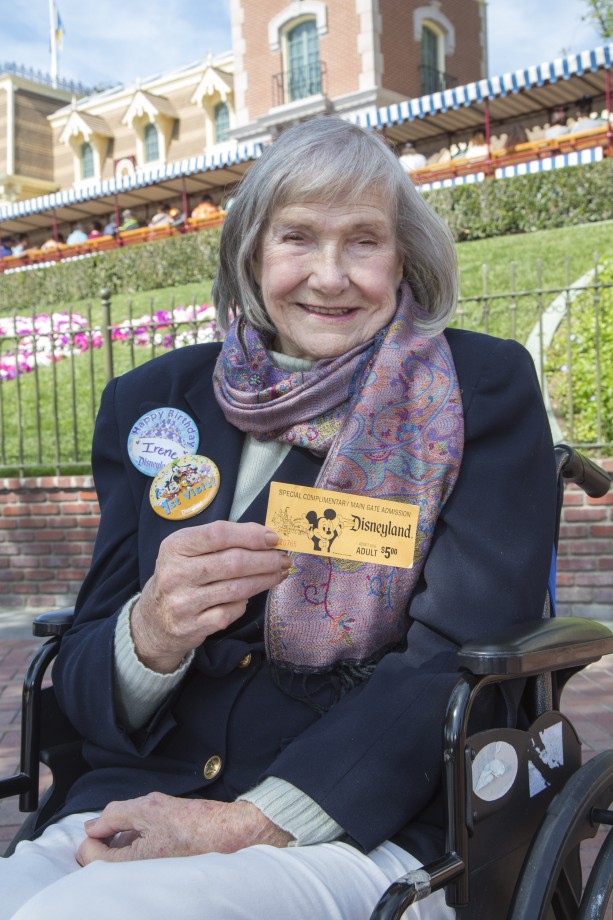 Irene arrived with her “Special Complimentary Main Gate Admission” ticket in hand, which she held onto for years. (She got to keep it, by the way.) She went on to enjoy a day of fun, including Haunted Mansion, Pirates of the Caribbean and “it’s a small world” – three attractions she had specifically been looking forward to.

When I asked whether Stuart has shared any of his Disneyland memories with her, Irene said, “He told me about opening day – they didn’t expect so many people! It was getting crowded, so he grabbed a camera and took a picture of Ronald Reagan, Bob Cummings and Art Linkletter that appeared in the paper.”

If you’d like to see some of Stuart Jewell’s work, take a look at this time-lapse video, which we shared earlier this week. In the first few seconds, you can even see Stuart and his team prepping and installing the cameras!