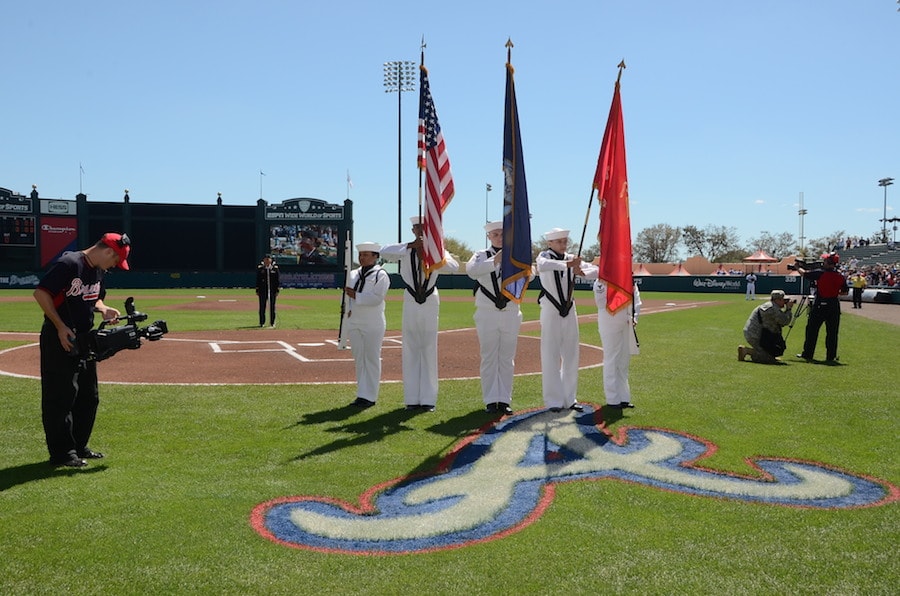 Once again, Disney Sports is showing its admiration for our U.S. military veterans by hosting a Military Appreciation Day during Atlanta Braves spring training at Walt Disney World Resort. 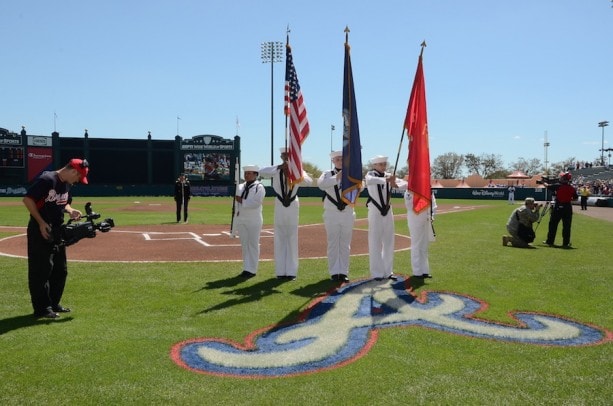 Disney Sports is offering half-priced tickets on select seats for military personnel for the Braves game against the Washington Nationals on Saturday, March 21 at 1:05 p.m., at Champion Stadium at ESPN Wide World of Sports Complex. A military hero will throw out the ceremonial first pitch and fellow military personnel in attendance will be honored in variety of ways, including a sing-along Service Anthem Medley. 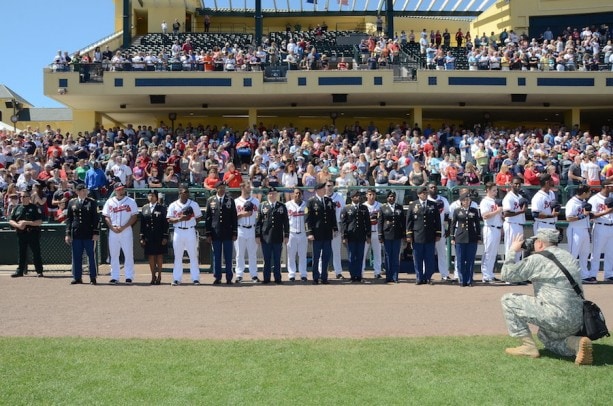 At Disney, we recognize the sacrifice, dedication and bravery needed to serve our country honorably, so showing support for members of the U.S. Armed Forces and their families is part of our nature at Disney Parks. For instance, our Heroes Work Here initiative has helped employ thousands of veterans and provided support for military families since it launched in 2012.

So come on out to the ballpark next Saturday and salute our veterans during America’s pastime. It’s one of the best ways to get your spring off to a great start. Tickets are on sale now at the sports complex box office. Select seats can be purchased by military veterans at the special
price with a valid Military ID.