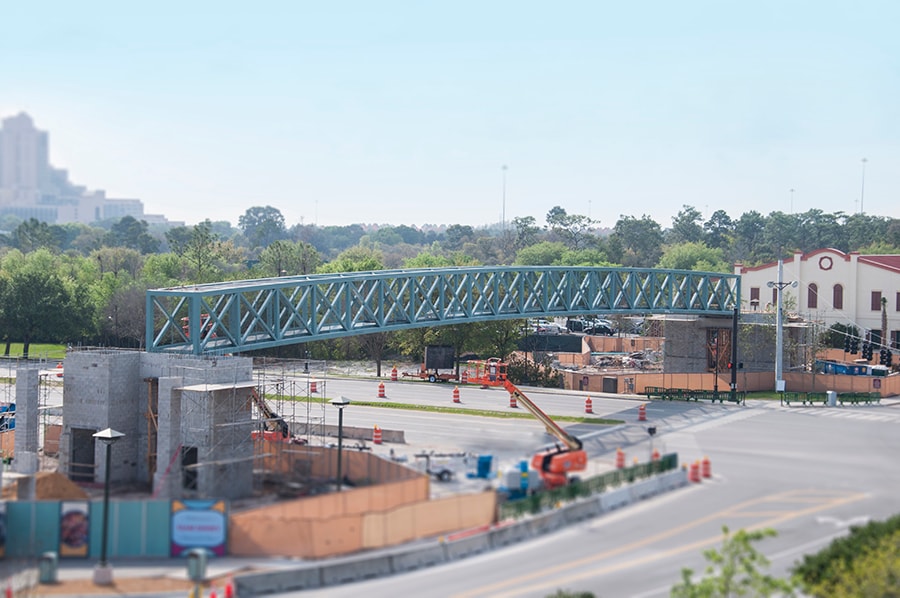 My office is smack dab in the middle of Downtown Disney Marketplace, so I have a front row seat to all the enhancements coming to the property as we transform into Disney Springs. Some days, the progress is subtle, but last week, there was no denying that change was in the air (literally). Towering above Buena Vista Drive, a new pedestrian bridge was installed in the early morning hours of March 19 – when I came to work on Thursday, there it was, extending from the Team Disney area across the roadway to Downtown Disney. Our friends at Reedy Creek Improvement District worked closely with Walt Disney Imagineering and the Disney Springs Project Team on this impressive piece of infrastructure. Upon completion, the bridge will weigh 190 tons (or as much 50 average-sized elephants!). While there is still work to be done, it’s expected to be open to guests and cast members later this spring. A second pedestrian bridge, located near Hotel Plaza Boulevard, will open later this summer. 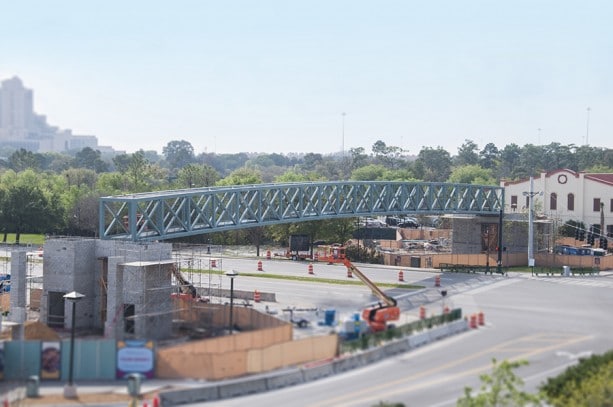 Have you visited the Downtown Disney area lately? With new retail locations now open, the Village Causeway now fully accessible, and a new restaurant – The BOATHOUSE – set to open next month, this pedestrian bridge is just one more sign of what’s to come. Which one are you most excited about? Tell me in the comments below, I’d love to know!