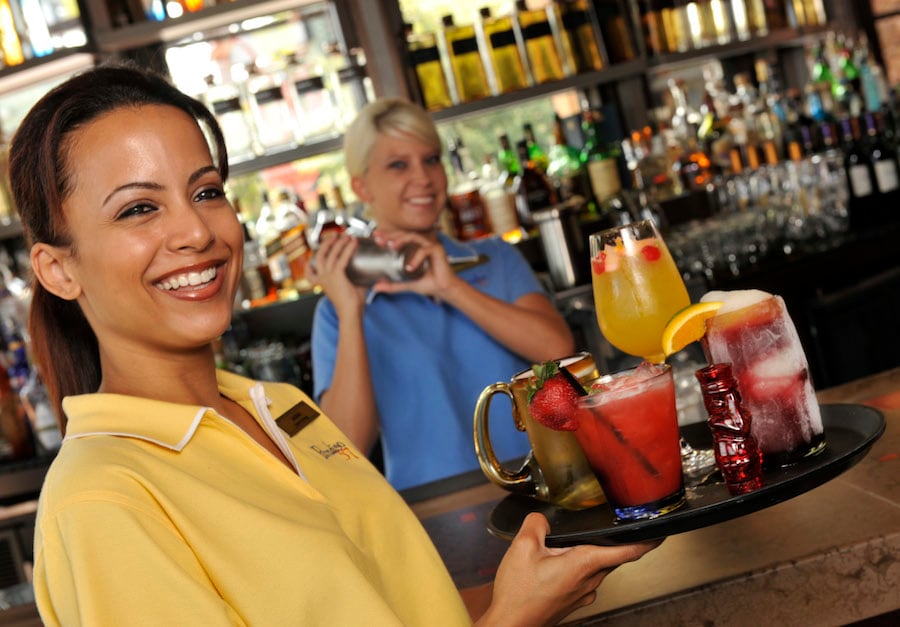 The menu, a “Taste of the Americas,” will continue to offer a culinary tour of North, Central and South America, with popular dishes including ceviche, jalapeño burgers, Argentinian skirt steak, whole crispy chicken and Chilean-style salmon. Beverages include wine, beer, and specialty rum and tequila cocktails inspired by the cuisine. (The restaurant takes its name from the 37 countries in the Americas.)

Planet Hollywood gets a complete makeover – you may not recognize the place as it’s transformed into a four-story stargazing observatory to match the design aesthetic of Disney Springs. While the exterior is turn-of-the-century, the interior will feature spherical, planet-shaped lighting fixtures and stylish finishing to create a welcoming atmosphere for fans to celebrate a new generation of superstar entertainers. And the memorabilia from movies stays, a perfect fit to “Dine Amongst the Stars.”

A new outdoor terrace and outdoor bar space called Stargazers will feature live entertainment while music in the main dining room will include a DJ. Favorites remain on the menu, but look for new tastes too, and a trendy beverage menu – everything from milkshakes and smoothies to wines, bottled and draft beers and cocktails.

Check back for more details!