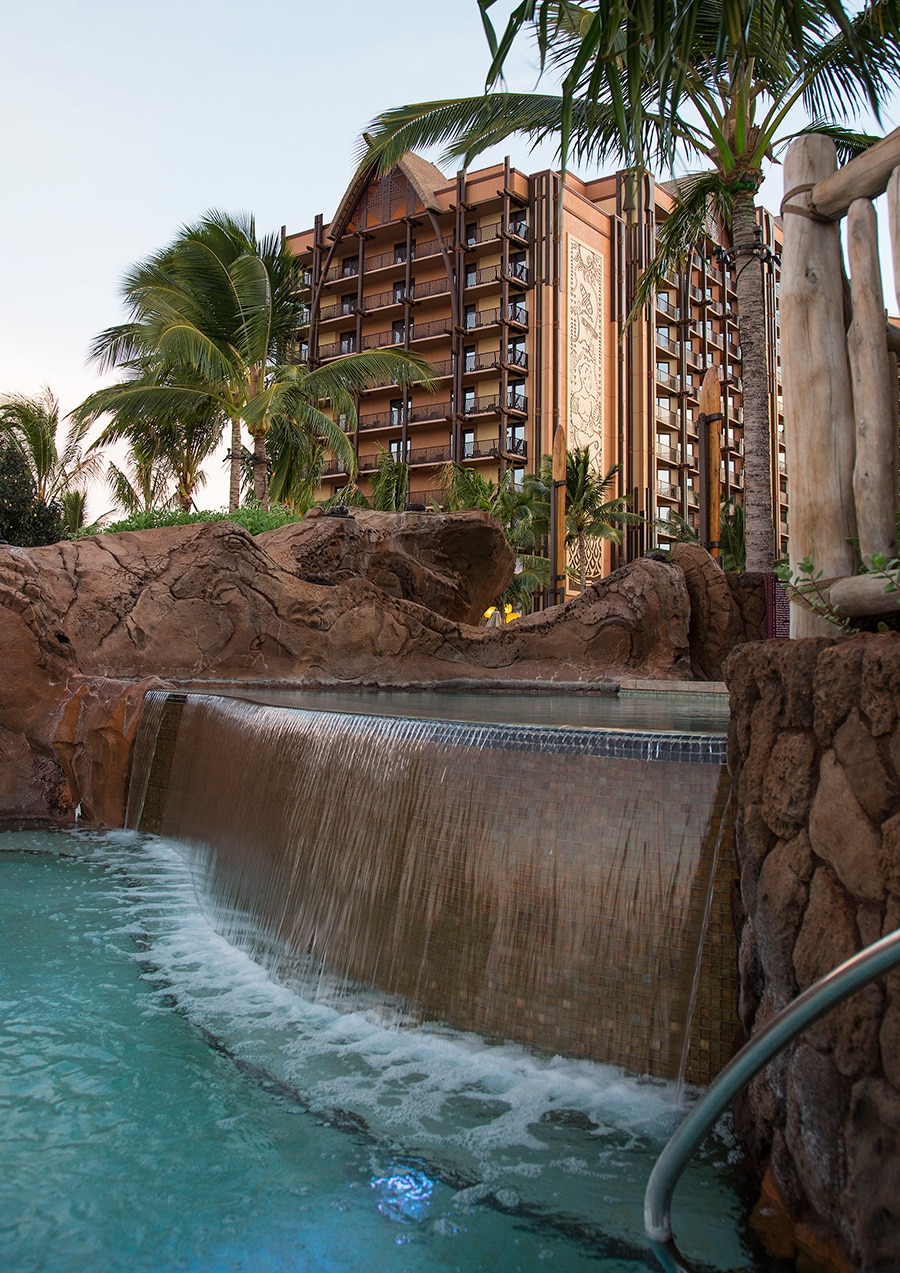 As an adult vacationing at Aulani, a Disney Resort & Spa, I recommend watching at least one Hawaiian sunset at the spas at ‘Alohi Point. These two oceanfront, infinity-edge whirlpool spas are the most romantic and idyllic spots in the resort as they appear to cascade into the Pacific Ocean. Today, the “Unforgettable Details of Aulani” series continues on the Disney Parks Blog with a look at this peaceful paradise at Aulani. 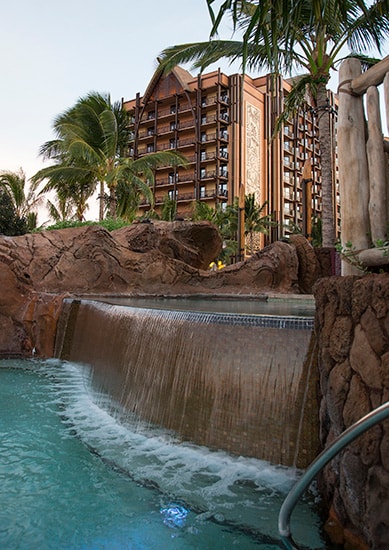 According to Aulani Cultural Advisor Kahulu De Santos, ‘alohi means “to sparkle and shimmer.” As the sun sets each day, the surface of the whirlpool spas shimmer with gold. If you are a guest looking up at these two pools from beachside, you’ll see the walls of water sparkling and shimmering, thanks to the elegant glass tiles of sea greens and blues.

As always with this series, Aulani guests are encouraged to look for a few hidden details around the resort. See if you can spot a fish embedded in the rockwork near the railing wall at ‘Alohi Point, and an octopus stretching it’s long tentacles across the outer perimeter of the upper level whirlpool spa!

Where are you looking forward to watching the sun set while visiting Aulani, a Disney Resort & Spa? Tell us in the comments below!