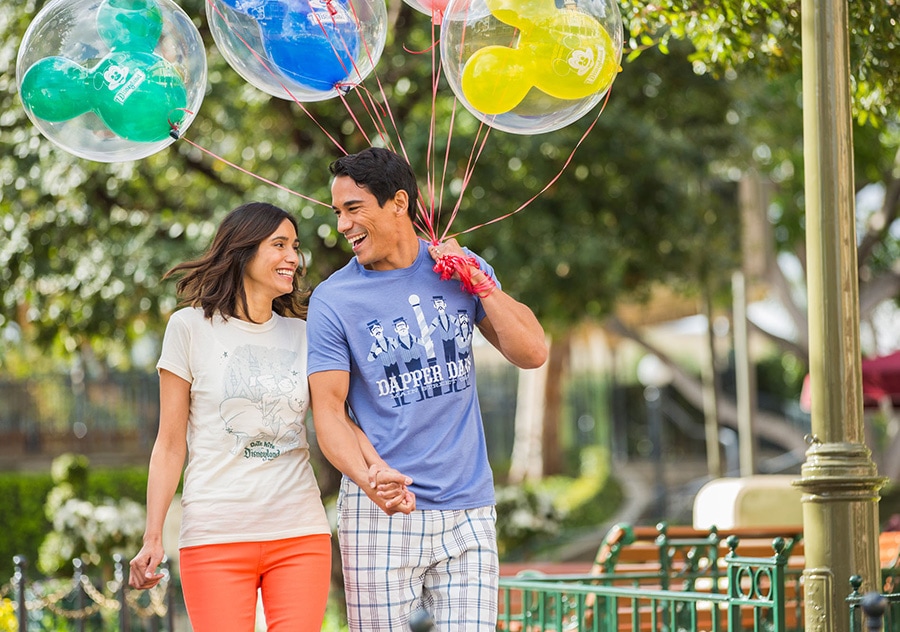 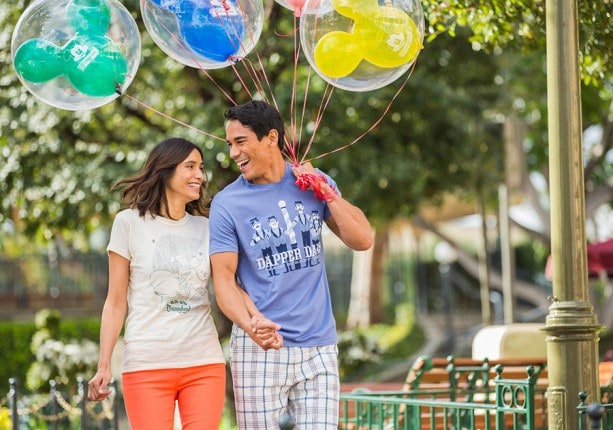 I’m delighted to share that several unique Disney Parks-inspired shirts will be coming to the Disney Parks online store in March 2015. Disney Design Group artist Richard Terpstra designed the two shirts that will be released from March 9-15, 2015. For the “Date Night at Disneyland Resort” shirt, Richard was inspired by vintage advertising from Disneyland park. This design will be offered for both women and men. I’m thinking this would be a perfect T-shirt for my fiancée and me to wear during one of our many dates to Trader Sam’s Enchanted Tiki Bar at the Disneyland Hotel. Richard’s other vintage shirt design, The Dapper Dans at Main Street, U.S.A., will be offered for men, women and youth. From March 30 to April 5, we will release two shirts that were inspired by classic Disney attractions from Disneyland and Walt Disney World Resorts.

The Adventure Thru Inner Space was designed by artist Ian Giles. This Tomorrowland attraction was found at Disneyland park from August 5, 1967 to September 2, 1985. It’s the one Disney attraction I wish I could have experienced as it looked amazing (as seen in this article).

Richard designed the If You Had Wings shirt that combines visual elements from the attraction that operated in Tomorrowland at Magic Kingdom Park in Florida from June 5, 1972 until June 1, 1987. When attraction sponsors changed, it was replaced by If You Could Fly, which was open from June 6, 1987 to January 3, 1989. It’s the one attraction I vividly remember from my first visit to Walt Disney World in 1983. I still can’t believe I will soon own this shirt!

These limited release shirts will be found at http://www.DisneyStore.com/ParkEvents during their respective release dates. Please allow 3-5 weeks for delivery (express shipping is not available).