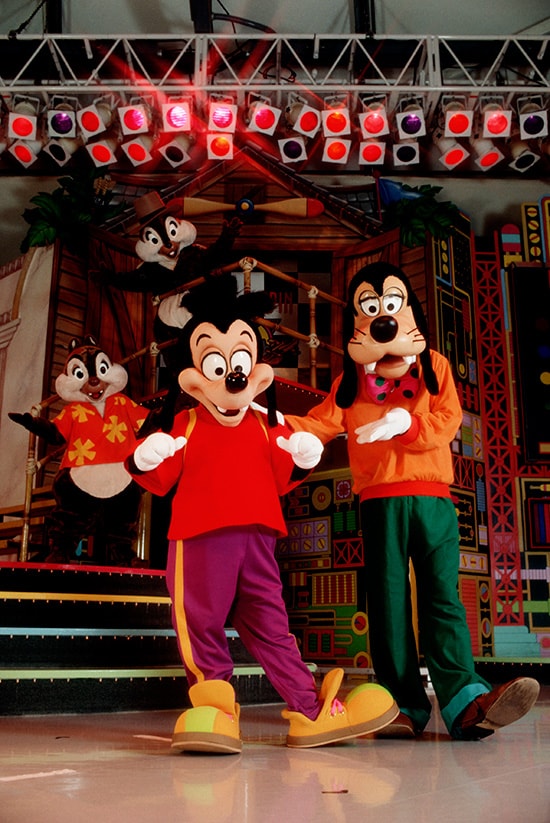 Television became a little goofier this week in 1992 when “Goof Troop” first aired on The Disney Channel. “Goof Troop” told the story of the struggles and silliness The Goof had while raising his son, Max, in suburbia. Goofy and Max joined Chip ‘n Dale (from their “Rescue Rangers” days) on stage in Mickey’s Starland as seen here in July 1992.

Goofy, Max, Chip and Dale were part of a stage show called “Mickey’s Magical TV World.” Upon exiting Mickey’s House, guests entered a theater where they could watch a live show featuring Disney Characters from The Disney Afternoon. 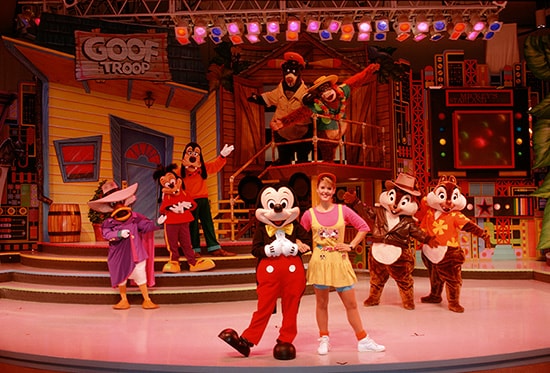 What was your favorite cartoon from The Disney Afternoon? Tell me in the comments section below! (Mine was “DuckTales” – Whoohoo!)