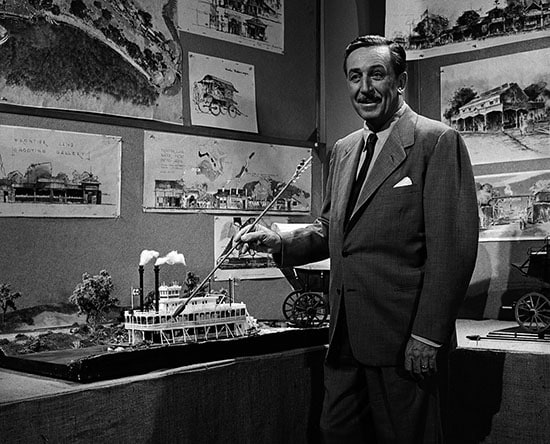 Sixty years ago this month, work was underway to create the Happiest Place on Earth. But before Disneyland would welcome its first guests on July 17, 1955, Walt Disney found a way to not just tell the public about this new entertainment enterprise … he showed it to them, using the cutting-edge technology of television to set the stage for his dream of Disneyland. 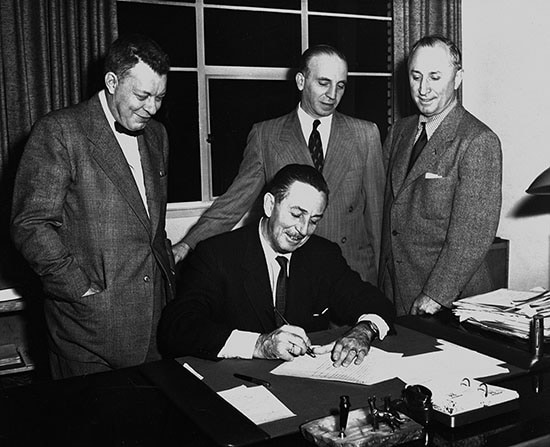 In April 1954, Walt signed an agreement with the American Broadcasting Company (ABC) to produce the “Disneyland” television series. In exchange, ABC helped him out by investing in Disneyland – making the network a one-third owner of the park (Disney later bought out this investment and ABC is now part of the Walt Disney Company).

The series ran on Wednesday nights from October 27, 1954, to September 3, 1958, and brought Walt’s vision straight into the living rooms of the very families he hoped would visit. In its first season, it won the Emmy for Best Variety Series and another the following year for Walt Disney as Best Producer of a Filmed Series.