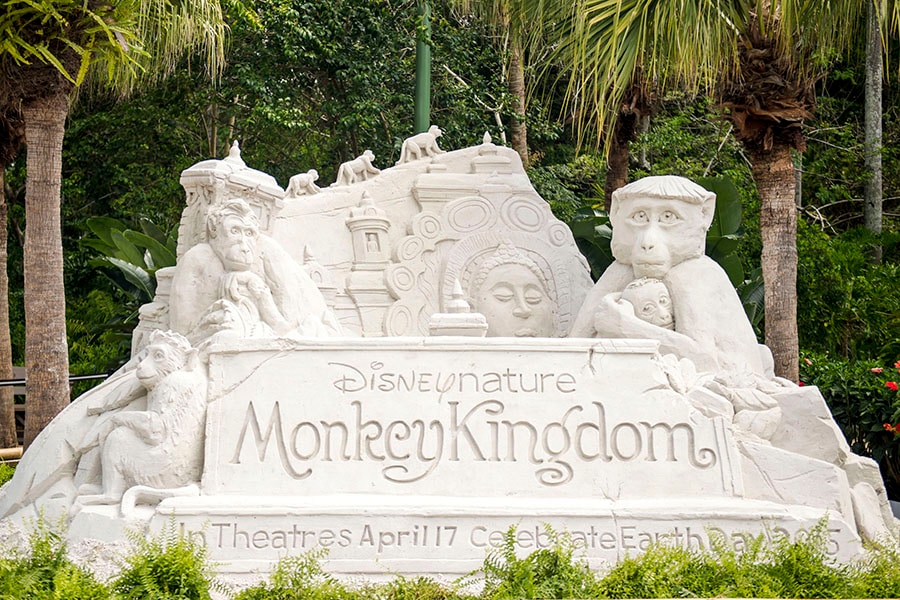 Have you been to Disney’s Animal Kingdom this week? If so, you may have noticed a special new addition at the front of the park – a giant sand sculpture that celebrates the upcoming opening of the Disneynature’s “Monkey Kingdom.” 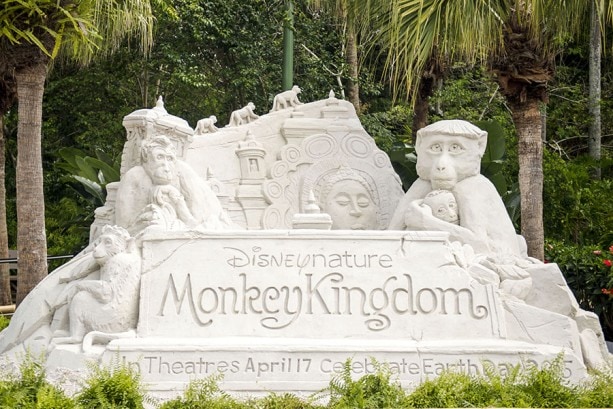 The film, which opens April 17, follows the adventurous life of Maya, a blonde-bobbed monkey, and her son Kip, through their journeys in the jungles of South Asia. When their home at Castle Rock is taken over by neighboring monkeys, Maya’s entire family retreats. She uses her street smarts to uncover untapped resources amidst her strange new surroundings. Ultimately, they will all have to work together to reclaim their home.

Our cameras were on-hand to capture the creation of this amazing sand tribute. Check it out below.

For every “Monkey Kingdom” movie ticket sold opening week (April 17-23, 2015), Disneynature will make a donation to Conservation International to help protect monkeys and other endangered species in their natural habitats.