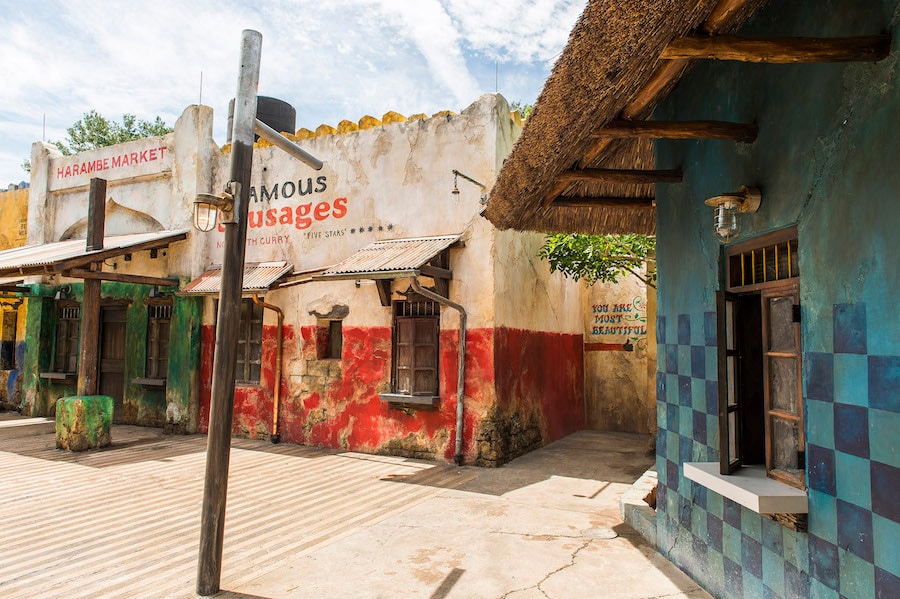 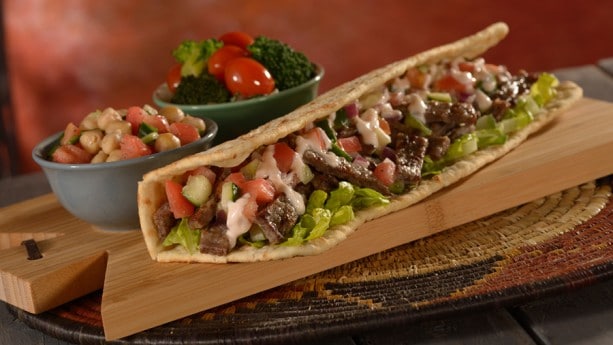 Built around a Colonial-era train depot design complete with a 1960s water tower, the marketplace re-creates a bustling center of commerce where guests are welcomed from around the world who have come to visit the little seaside town and venture out to the reserve to observe Africa’s animals.

Chef Lenny DeGeorge led the Food and Beverage concept development team, and tells us it’s the sort of food you’d find in a street market in Africa. “The menus reflect the unique personalities of the establishments’ owners,” says Chef Lenny. 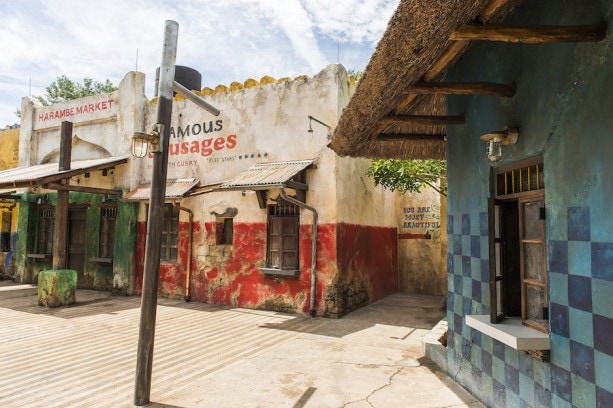 “With three meaty ribs, the karubi rib is our version of the giant turkey legs served in the Disney theme parks,” says DeGeorge. We give two thumbs up to the curry corn dog, made with a special spiced sausage inspired by the traditional boerewors.

With shaded tables and merchandise shops, the new market, together with the recently opened Harambe Theatre (home to “Festival of the Lion King”) doubles the size of the original Harambe Village.