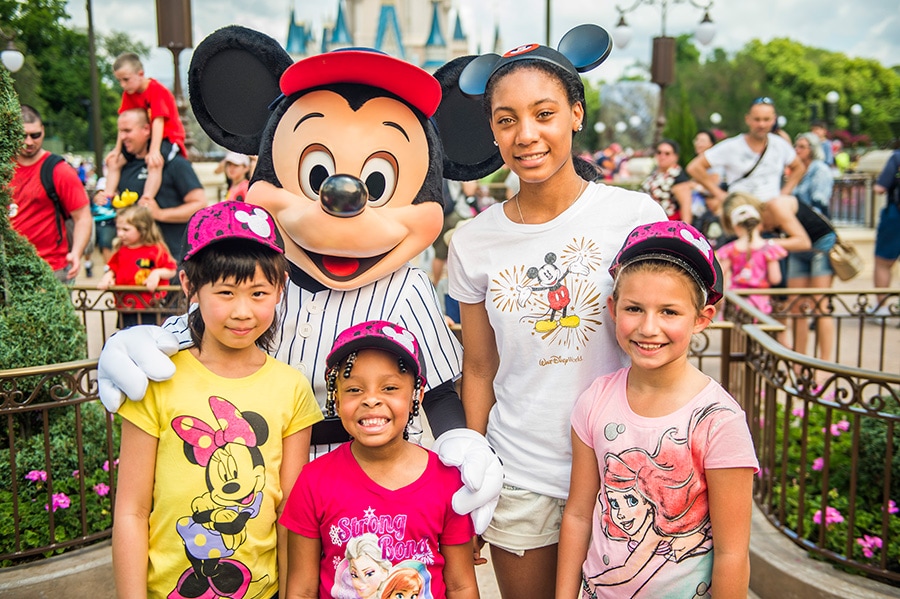 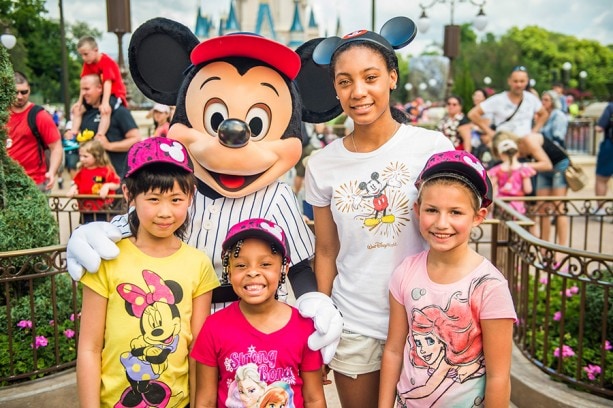 The whirlwind ride of Little League baseball star Mo’ne Davis made a stop at Walt Disney World Resort this week. The most recognizable 13-year-old pitcher on the planet visited Magic Kingdom Park with her family and got to be the honorary Grand Marshal of the “Disney Festival of Fantasy Parade.”

Davis, who is from Philadelphia, showed her Disney Side by wearing Mickey ears and a Mickey Mouse shirt. After the parade, Davis spent some time with some little girls near Cinderella Castle, showing them how to hold and throw a baseball. She even played a little baseball with them before taking off to enjoy the rest of the afternoon in the parks with her family. 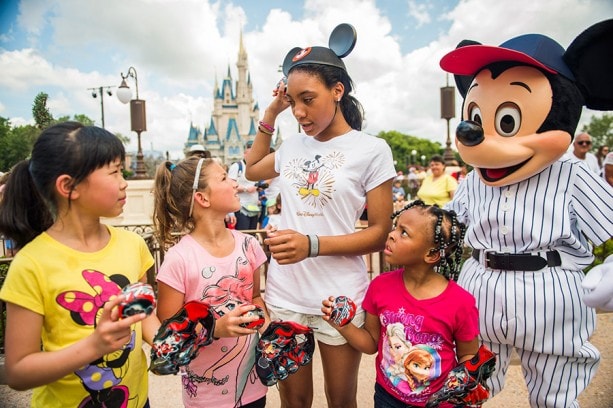 The visit to Walt Disney World Resort continues what has been quite a ride for Davis since last summer when the Little League slugger became the first girl to win a game as a pitcher during the Little League World Series. Afterwards, she met President Obama, appeared on the cover of Sports Illustrated and in a documentary directed by Spike Lee, published a book and has her jersey in the Baseball Hall of Fame.

More recently, Disney Channel announced it plans to make a made-for-TV movie about her life entitled “Throw Like Mo.’’ But Monday, Davis wasn’t focused on any of that. She was just thrilled about hanging out with Mickey Mouse.