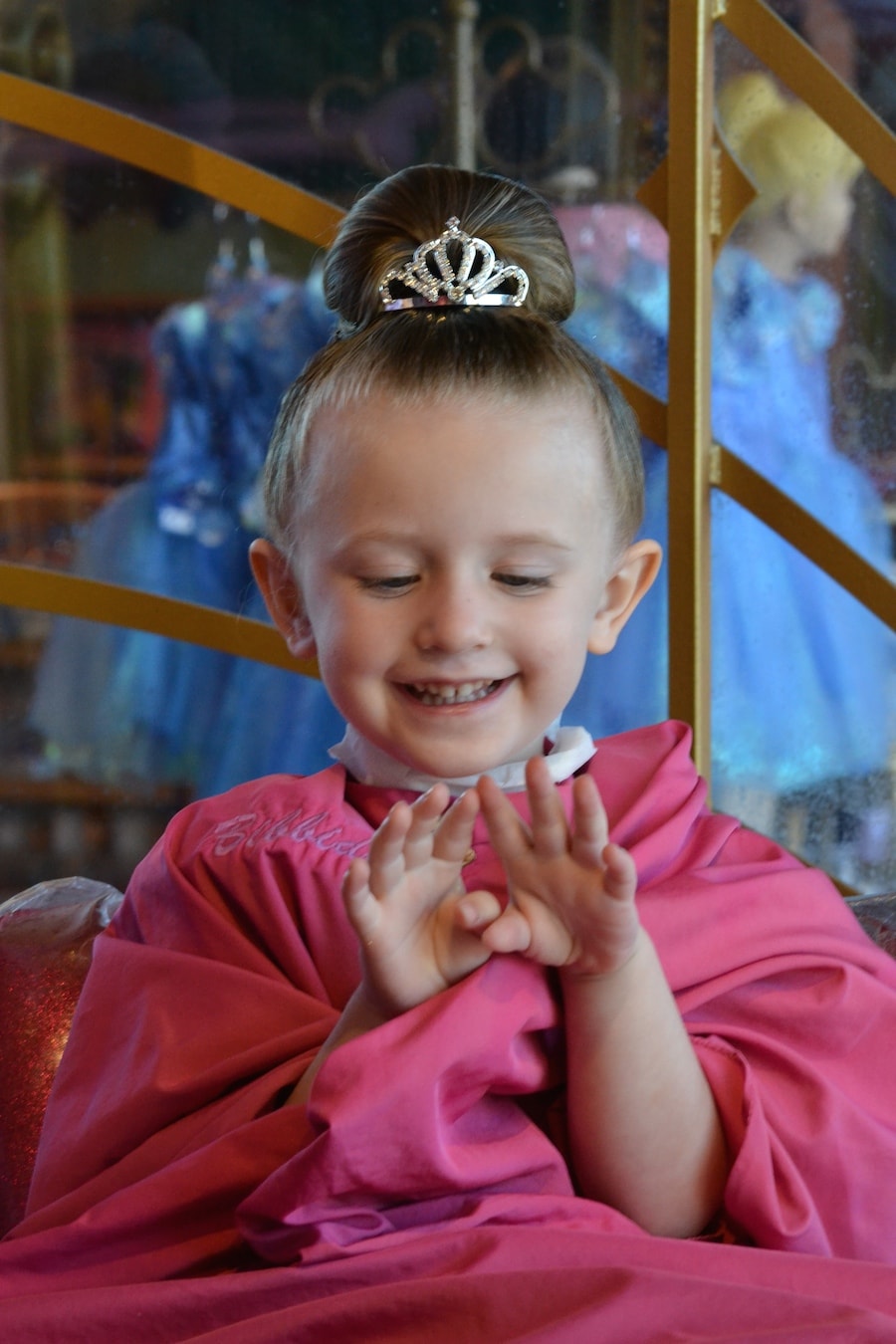 Two years ago when I was new to the Downtown Disney team, my family visited with my then 2-year old niece. One of my first Disney Parks Blog stories was “Big Fun For Little Ones at Downtown Disney at Walt Disney World Resort.” Twenty-four months and two more kids later (my sister now has a 6 month old and an 18 month old, too!), I’ve seen hundreds of little princesses come out of Bibbidi Bobbidi Boutique, but recently, it was finally MY little princess — my now four-year-old niece, Harper. 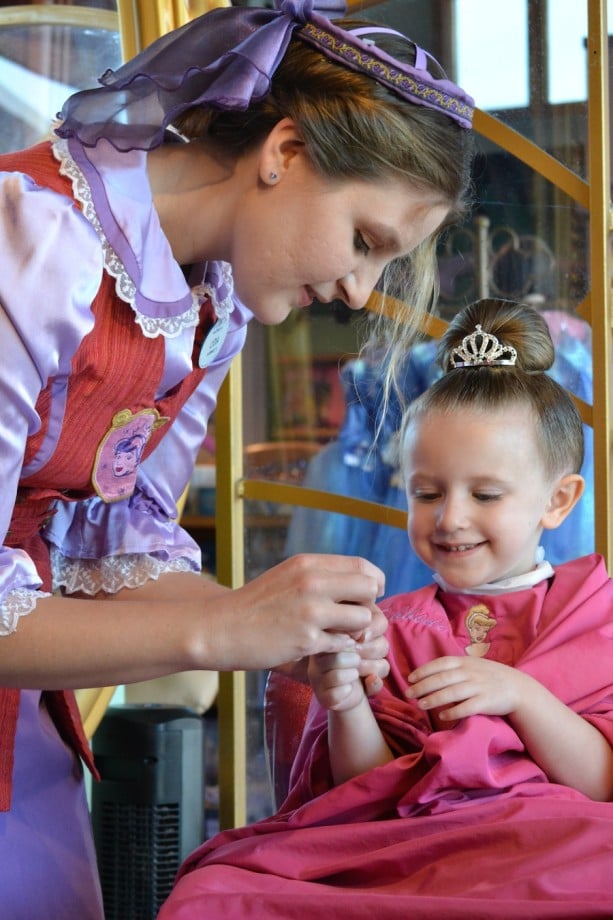 As excited as Harper was about picking out her dress (she went with Princess Anna), she was equally as nervous about having someone brush her curly hair. For a minute, I thought we might have to cancel our appointment, and then we met her Fairy Godmother-in-training, Lydia. She was amazing! Before Harper got into the makeover chair, Lydia did a practice run to show Harper how gently she would brush her curly locks. To Harper’s surprise, it didn’t tug at all.

During her princess transformation, Harper got to pick out her hairstyle (I was thrilled that she went with the ever-classy “Fairytale Princess” option), choose her nail polish color, and select her make-up shades. The finishing touches were a shimmering princess jewel for her face, a rhinestone crown for her head, and a pink Bibbidi Bobbidi Boutique sash to complete the look. When it was all over, she was invited to sign the “Princess Autograph Book” – she left her signature “H,” taking up a full page.

Later that afternoon, when I asked Harper what her favorite part of the day was, she said “being with my Fairy Godmother. I hope she will always be my Fairy Godmother.” I also caught Harper looking at herself in the full length-mirror, doing a twirl, and whispering to herself “today is my princess day” when she thought no one was looking. (This is a true story. And it was as adorable as it sounds.) Finally, on our car ride home, after a full day in the parks, she told me that when she grows up she wants to be a Fairy Godmother, too.

Harper left Bibbidi Bobbidi Boutique with a princess backback filled with her remaining make-up and polish, which came in handy, because she wore her Princess Anna dress three days in a row! More importantly, she left with memories that will last for years to come and pictures that will always make me smile.

Have you taken your princess to Bibbidi Bobbidi Boutique? What was your experience like? Please share in the comments below – I hope it was just as magical as ours was!