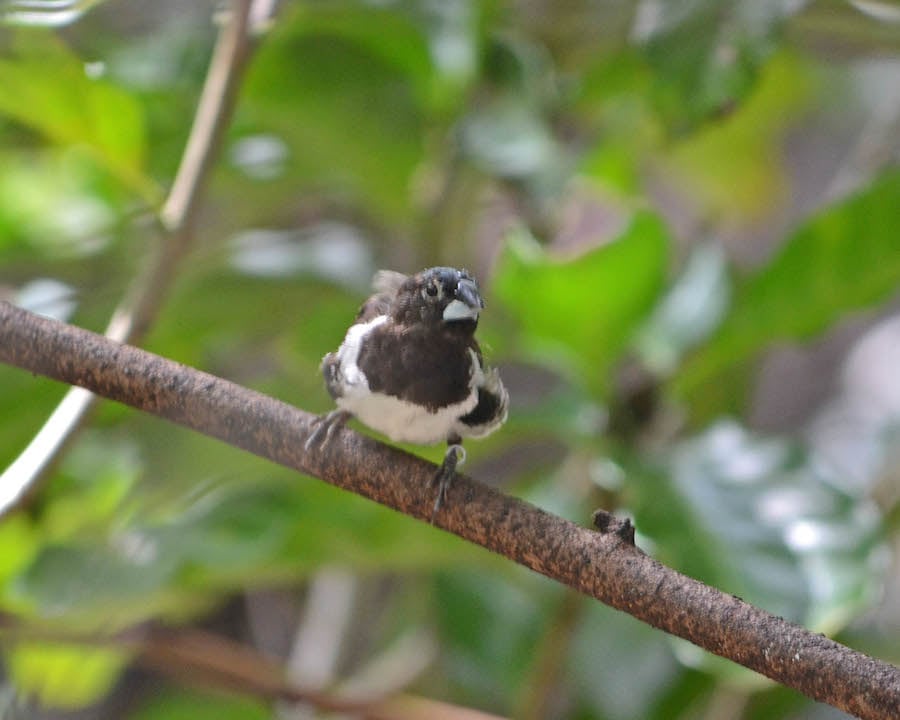 On your last visit to Disney’s Animal Kingdom, did you have a chance to visit any of the animal walking trails? Not far down the Pangani Forest Exploration Trail, adventurous guests can step into the Africa Aviary in which 221 birds of 29 different bird species live and thrive!

I’m part of a team of four Zoological Managers who have the pleasure of working with our keeper team to care for the different bird species in the aviary and also help delight our guests by introducing them to the amazing world of birds.

Earlier this year, the Africa Aviary was renovated and over the past few months, all the birds have been moved back to their newly landscaped home where we can now exhibit much smaller birds.

Five new species of birds have joined our Pangani flock — bronze mannikins, cut-throat finches, lavender waxbills, pintail whydah and paradise whydah. All bring a variety of colors, behaviors and songs to the already-thriving avian chorus. They may be small in size, but they can generally be seen in large groups flying through the aviary.

The bronze mannikin boasts flecks of shimmery bronze embedded in its feathers. These birds are commonly found in most parts of Africa south of the Sahara Desert. 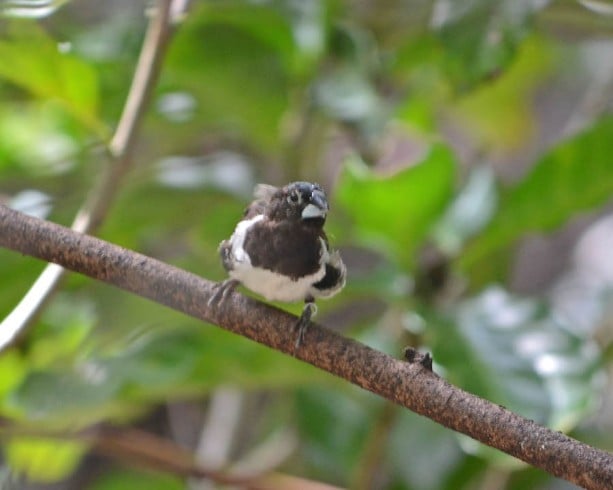 Don’t be frightened by their name — cut-throat finches are actually named due to the males’ red marking or “slash” on their necks! Males are easily distinguishable by this red slash, while females lack the markings. Flocks of these finches stretch across northern Africa from Senegal and Gambia all the way to Sudan. They have even been found as far south as Mozambique.

Lavender waxbills are aptly named for the touch of light pearl grey, almost lavender coloring of their feathers. These birds have a unique song that consists of one short, high-pitched burst followed by one long, deeper hum. (Think of a slide whistle.) They are found in central and western Africa—from Senegal, to Cameroon and Chad.

Finally, the pintail and paradise whydahs are speckled, tawny colored birds with interesting patterns covering their heads and backs. Males of both species have extremely long black tails in the breeding season which they use in their courtship displays. In the non-breeding season males resemble the browner striped females. These birds reside in southern and east Africa and “parasitize” the nests of other finches—that is, they lay their eggs in the nests of other finches instead of building their own, and they let the host birds raise their young.

Look for these birds and the other 24 species in the Africa aviary on your next visit to Disney’s Animal Kingdom. They move quickly, so keep your eyes open! We hope to see you soon!

*Disney Parks Blog Exclusive: In the next few months even more species will be added to the aviary. Stay tuned for updates!