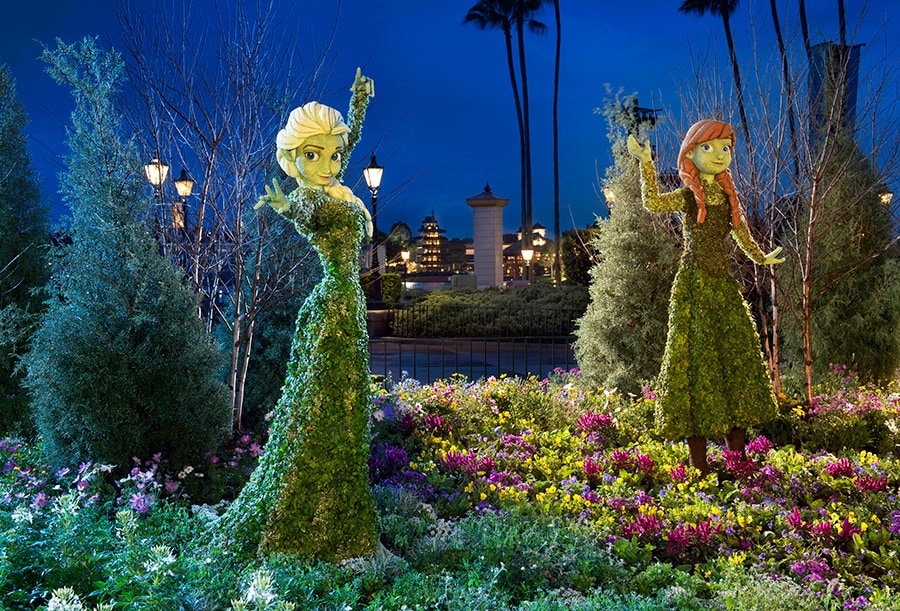 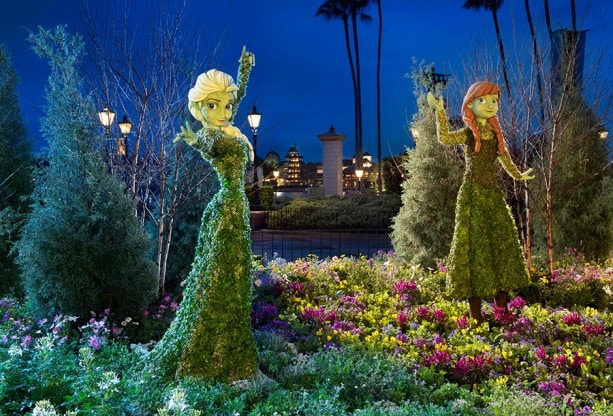 Have you taken your photo yet with the Anna and Elsa topiaries at the Epcot International Flower & Garden Festival? It’s this year’s must-have selfie or photo spot. And we have two former Horticulture interns to thank. Let me explain …

When our creative experts in Horticulture decided to design Anna and Elsa in plant and flower form, they needed models to help create the frames that serve as the foundation for the topiaries. 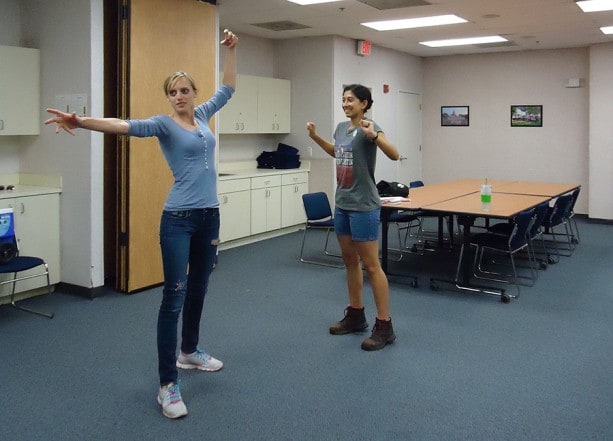 Sarah Lanners, a senior at the University of Minnesota Crookston, and Jordan McGee, a senior at Stephen F. Austin State University, worked with our Horticulture team during the summer. They were asked to be the pose models for the royal sisters.

“I was absolutely thrilled to represent the ‘Frozen’ princess,” Sarah said.

“I was thrilled! I love ‘Frozen’!” Jordan told me. “I have always been partial to Anna. She may not have super powers, but … she has a beautiful amount of faith in herself and her sister.”

“In my own geeky horticulture way I instantly thought about how I would inadvertently be a Disney Princess in the most coolest way possible and that as long as this topiary is a part of Disney then so am I,” Sarah said. “This is something that most would consider a dream come true.”

“I was thrilled to do my small part in supporting ‘Frozen,’” Jordan said. “Being sculpted in plants is the coolest thing ever!”

Head to the entrance to World Showcase and check out the royal sisters from Arrendelle … and thanks Sarah and Jordan, and the Horticulture team!