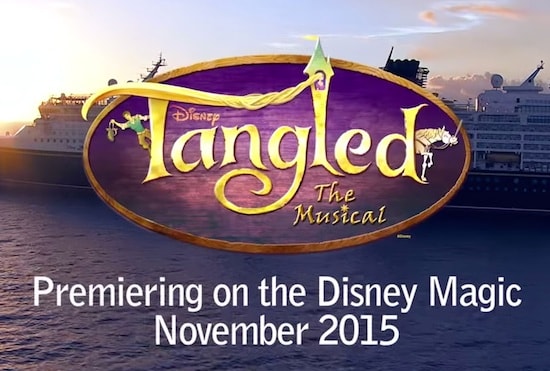 Behind the Scenes: Creating the Music for ‘Tangled: The Musical’ for Disney Cruise Line

Last month, we gave you a first look at the production of “Tangled: The Musical,” coming to the Disney Magic this November. Today we continue our all-access pass with an exclusive video all about the development of the spectacular music for this show—which will include three new songs that weren’t in the movie!

In the video below, you’ll hear from some of the musical masterminds behind this production, starting with Academy Award-winning composer Alan Menken, whose work includes classic Disney films like “The Little Mermaid” and “Beauty and the Beast.” Also featured are Grammy Award-winning lyricist Glenn Slater and Tim Williams. What a team!

Stay tuned for more exclusive videos from behind the scenes of “Tangled: The Musical” over the next several months.

Likes (1)
Share Behind the Scenes: Creating the Music for ‘Tangled: The Musical’ for Disney Cruise Line