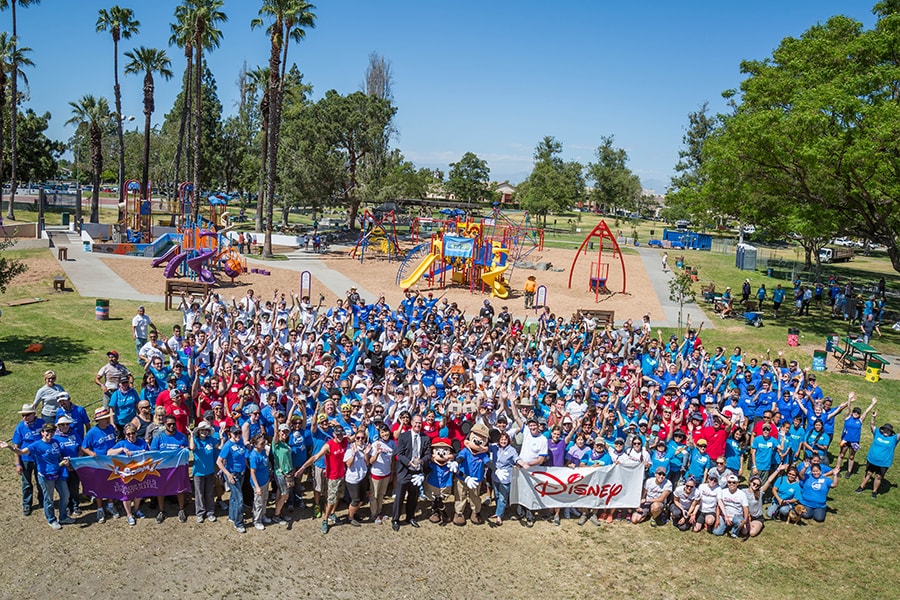 Disney’s 60th KaBOOM! Playground, Largest to Date, Built in Anaheim in Celebration of the 60th Anniversary of the Disneyland Resort 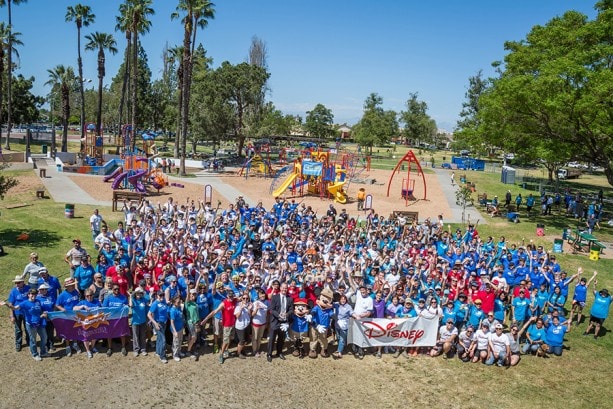 Last weekend, we built Disney’s 60th – and largest – KaBOOM! playground nationwide at Twila Reid Park in Anaheim, Calif., in honor of the Disneyland Resort Diamond Celebration. The playground is inspired by drawings created by kids in the Anaheim Achieves after-school program, and includes a disc golf course, a zip line, horseshoe pits, a giant “fun web” and, of course, swings and slides!

Disney VoluntEAR Shira Wolf was one of more than 700 volunteers who installed the playground in eight hours. She told us, “KaBOOM! playground builds are my favorite Disney VoluntEARS events because they are so much fun and give us a chance to come out and be active with the kids and families in our community. I love it!” 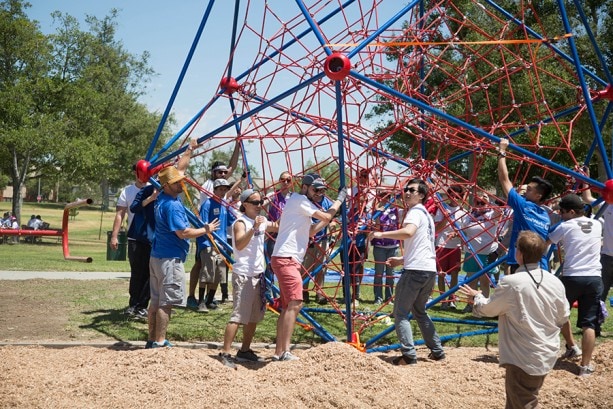 Since 2007, Disney has been committed to creating playgrounds where children and families can play together and be active. This commitment is an extension of our Disney Magic of Healthy Living, an initiative designed to help parents raise healthy, happy kids and make healthier lifestyles fun. By the end of 2015, Disney’s support will bring the magic of play to more than 83,000 children and families across the country!

Likes (1)
Share Disney’s 60th KaBOOM! Playground, Largest to Date, Built in Anaheim in Celebration of the 60th Anniversary of the Disneyland Resort