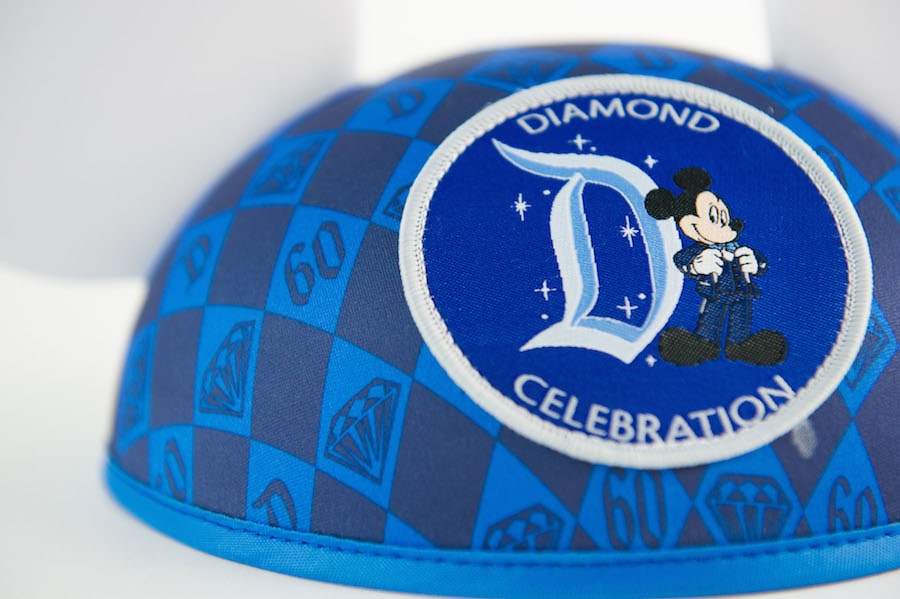 Nighttime at Disneyland Resort is now a little brighter with the release of new Made with Magic items. Created especially for the Disneyland Resort Diamond Celebration, we have introduced a celebratory ear hat and a magical paintbrush. I caught up with Tracie Alt, merchandiser for headware, to learn more about the ear hat. “This is the first new Made with Magic ear hat released at Disneyland Resort since 2012,” explained Tracie. “This new hat includes an all-over 60th anniversary pattern and a specially designed patch. We also made the hat lighter and improved the overall fit.”

The paintbrush has multiple light-up functions and operates the same way as the previously released Sorcerer Mickey wand. Guests can use the paintbrush to change the light patterns of other Made with Magic items. You can see how Made with Magic works in this recent Disney Parks Blog article.

Both the ear hat and the paintbrush will interact with select nighttime spectaculars at Disneyland Resort. Guests can also use these new items at select Disney Destinations around the world.

Look for these and other Made with Magic items in select merchandise locations at Disneyland Resort.