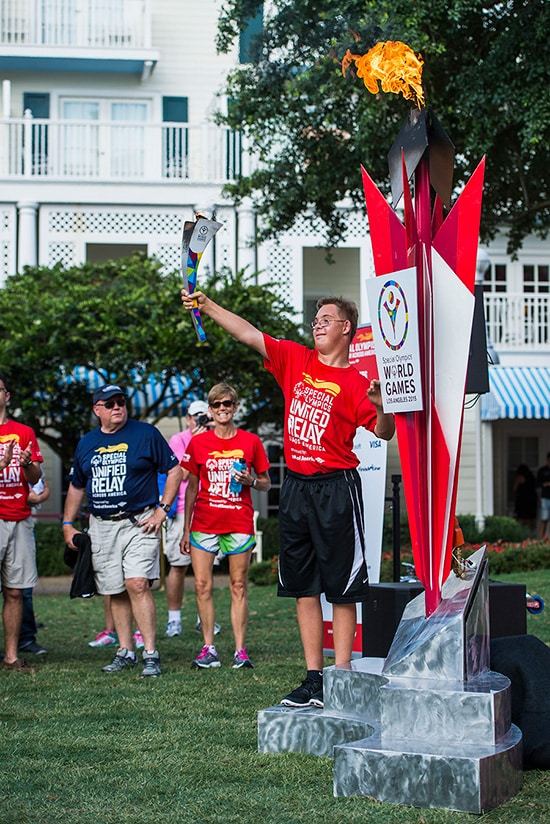 Guests visiting Epcot yesterday got a special treat as several volunteer torchbearers carried the Special Olympics Flame of Hope through the theme park for the first-ever Unified Relay Across America. Hundreds of Disney cast members and guests cheered as the volunteers made their way from Epcot to Disney’s BoardWalk Inn where where there was a ceremonial lighting of the cauldron.

While waiting for the torch to arrive, I met several athletes, including a Central Florida athlete who trains everyday preparing for gymnastic events. He beamed as he told me about his daily push ups and the medals that he’s earned. I was both inspired and humbled by his commitment. 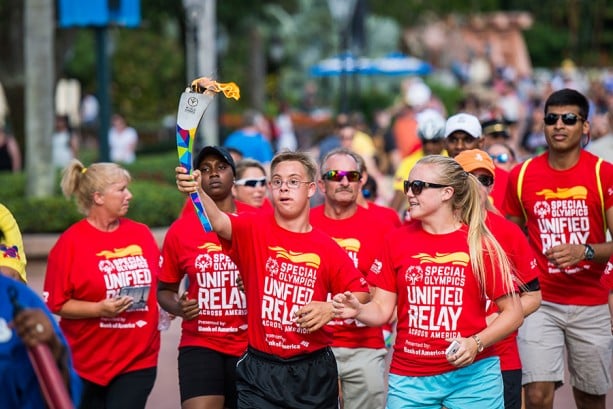 Yesterday’s stop at Walt Disney World Resort was one of several happening over the course of 46 days as the torch passes in a hand-to-hand exchange through all 50 states. The torch’s cross-country journey will end in Los Angeles with the opening ceremonies of the 2015 Special Olympics World Games. 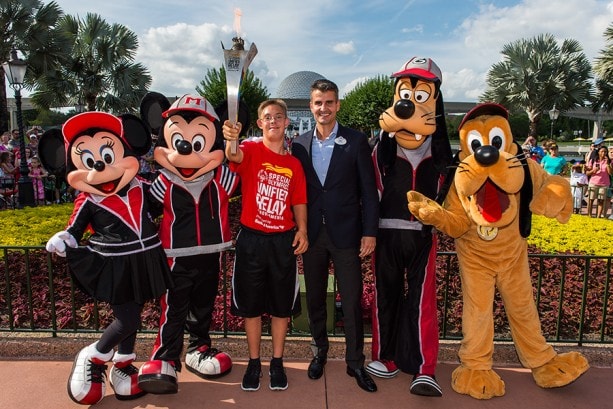 The Walt Disney Company is one of the sponsors of the Special Olympics World Games, with ESPN covering highlights of the nine-day event starting with the Opening Ceremony July 25.