A Guest of Star Wars Weekends, Frank Oz Will Be

Are you looking for one of the greatest stars of the Star Wars saga? Well, fear not. After all, fear is the path to the Dark Side. You seek Yoda. This Friday, Saturday and Sunday at Disney’s Hollywood Studios, Yoda you shall find! 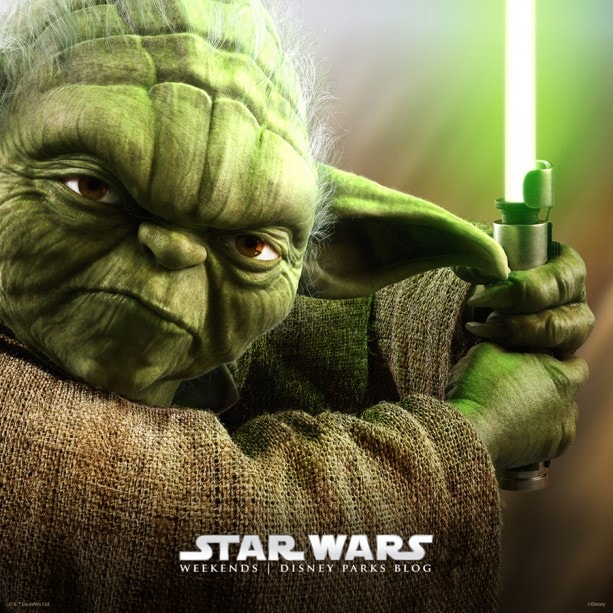 Our very special guest this weekend is none other than Frank Oz, the man who brought to life the most powerful Jedi Master of all time. Beyond his portrayal of Yoda in Star Wars, Frank Oz is also a noted director and the award-winning performer behind lovable Muppets Miss Piggy, Fozzie Bear, Animal and more. This weekend, you’ll be able to see Frank Oz in the “Legends of the Force” celebrity motorcade on Hollywood Blvd. and at Theater of the Stars, where he’ll share stories of his illustrious career during “A Conversation with Frank Oz.”

For this year’s final weekend, you will find yourself among a galaxy of Star Wars stars. Here’s the full list of those scheduled to appear:

Adventure! Excitement! A Jedi craves not these things, but Star Wars Weekends fans sure do! And this weekend promises to be the most adventurous and exciting yet.

Who is planning to join us as we “iris out” and bid farewell to Star Wars Weekends 2015? Let us know in the comments, and may the Force be with you. Always.

Likes (0)
Share A Guest of Star Wars Weekends, Frank Oz Will Be