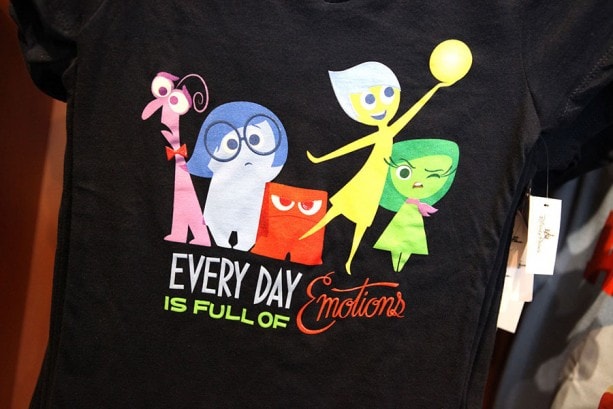 Disney•Pixar’s newest original film “Inside Out” arrives in theaters on June 19. I’m looking forward to seeing it with my son who has been watching the trailers for months now. While my parents were visiting us, they bought him a few Disney Tsum Tsum featuring characters from this upcoming film. I recently visited Downtown Disney Marketplace to discover what other items were now at Disney Parks. 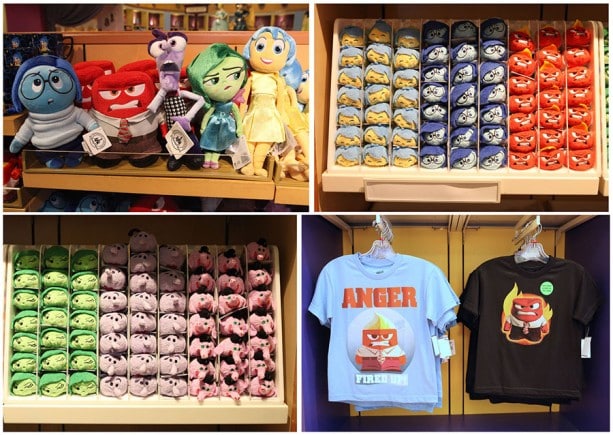 The small “Inside Out” assortment includes home décor, apparel, plush and toys. I love the five plush inspired by the emotions of Joy, Sadness, Anger, Disgust and Fear. Other items include a deluxe figurine playset, a coffee mug, and a new book titled “Sadly Ever After” by Elise Allen with illustrations by Dan Holland. 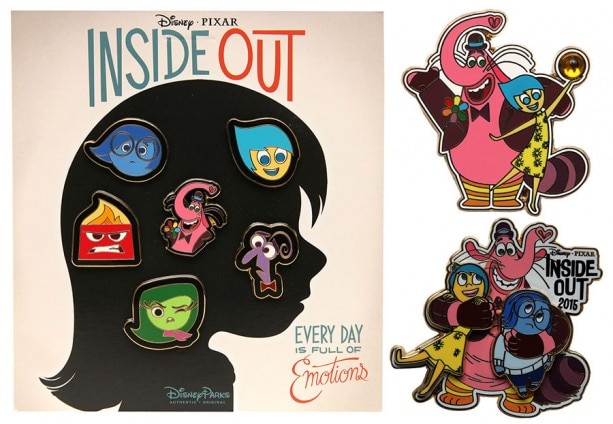 I love the packaging for the open edition six-pin set. Disney pin collectors should also look for an open edition pin with Joy and Bing Bong and a limited edition opening day pin (the latter has an edition size of 3,000).

Finally, the D-Tech on Demand boutique in the Marketplace Co-Op at Downtown Disney Marketplace will also offer six different “Inside Out” designs. You can create and customize a case for the following mobile phones: iPhone 4/4S, iPhone 5/5S/5C, iPhone 6/6+, Samsung Galaxy SIII, Samsung Galaxy S4 and Samsung Galaxy S5. These new designs will be introduced at the location by June 19.

Select items will be found in a variety of merchandise locations at Disneyland and Walt Disney World Resorts. You can find other items from “Inside Out” online here.