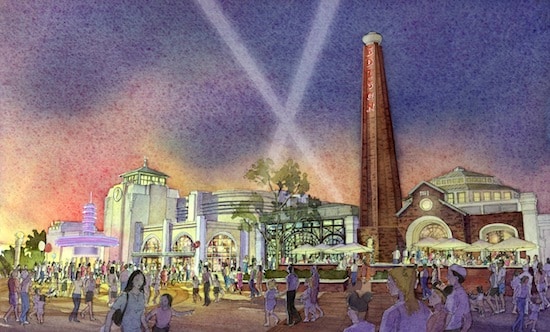 This week, we shared a first look at our plans for a “Frozen” attraction in Epcot and more of what you can expect to experience when it opens in 2016.

“Frozen Ever After,” will be an adventure fit for the entire family that’ll take guests through the kingdom of Arendelle. The fantastic Disney storytelling combined with new technology and favorite moments and music from the film will make guests feel like they stepped into the magical world of “Frozen.”

You can find more information about the attraction in our original story.

And we shared new details about “The Edison and “STK Orlando” coming to Disney Springs at the Walt Disney World Resort. Similar to its sister location on the west coast, The Edison at Disney Springs will be dedicated to a resurgence of old-world style, sophistication and romance. 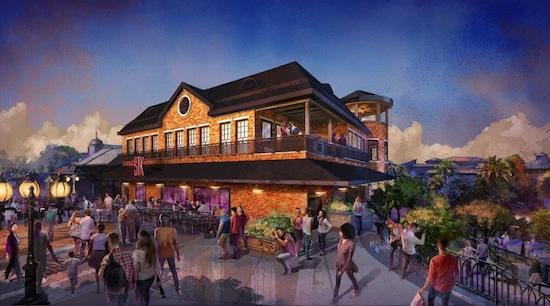 We also shared a new rendering of STK Orlando – a location that’ll be the only spot that offers rooftop dining, in a gorgeous lounge setting, at Disney Springs.

Darcy has more details on both in her “coming soon” story.

New Cars Land Merchandise Cruises into Disney California Adventure Park – The collection features something for everyone in your family, and friends too! You’ll find youth and adult hats, tees, fleece, a water bottle, pins and even an engine-revving tailgate party tote and duffle bag.

Top Five: Donald Duck at Disney Parks – Over the years, Donald’s been a guest favorite at Disney Parks around the globe, whether it’s meeting him during a character greeting, spotting him in “Disney’s Festival of Fantasy Parade” or shopping for Donald gifts.

Celebrating 1 Million @DisneyParks Twitter Followers – One of the popular Twitter accounts for many Disney Parks Blog readers – @DisneyParks – just reached a big milestone – 1 million followers. And to help celebrate the occasion and thank all of our fans, we’ve gathered some of your favorite Disney characters for a special stop-motion surprise.

Behind the Scenes: This Year’s Star Wars Weekends Creative Campaign – The idea behind this year’s campaign is simple: it’s as close to the Force as you can get. Everything plays out around the notion of going to Star Wars Weekends at Disney’s Hollywood Studios and you are literally surrounded by the Force and all things Star Wars.

Behind the Scenes: Creating Our @DisneyParks Stop-Motion Film – What do you get when you take 1,000 photos, 60 lbs of confetti, seven Disney characters and one photographer with a big imagination? Something magical, of course!