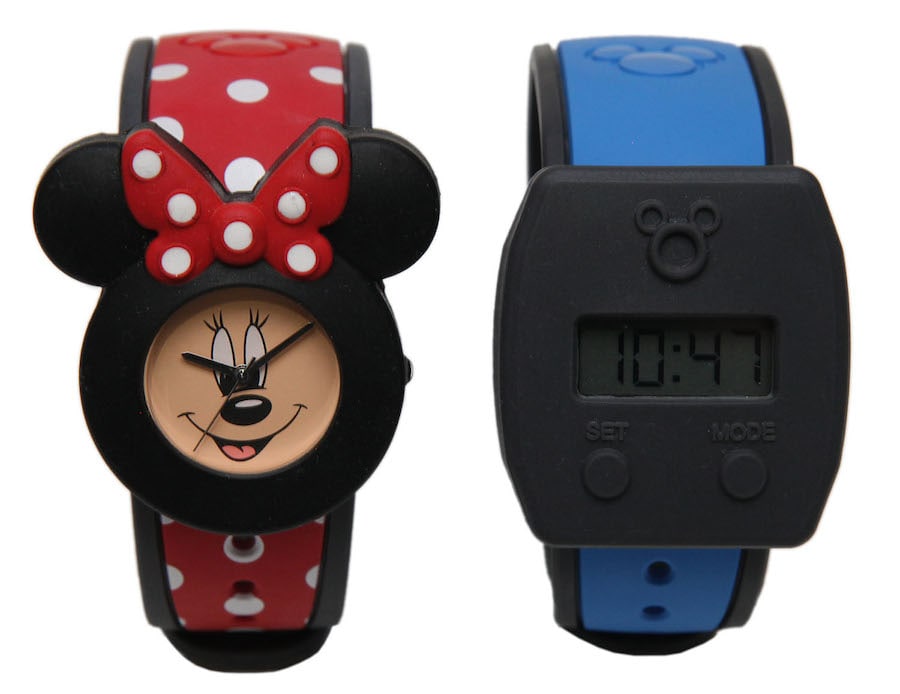 As summer begins at Disney Parks, here is a sneak preview of items coming later this year. This is one of my favorite articles to write as I get to share some awesome things currently in development. Time For MagicSliders
One of the more popularly requested accessories for MagicBands at Walt Disney World Resort is a watch. I’m happy to report there will be two MagicSlider timepieces coming this summer – a Minnie Mouse analog timepiece and one with a digital display. Disney Pins From Regions Beyond
Memento Mori, the Haunted Mansion-themed shop located in Liberty Square at Magic Kingdom Park, inspired two open edition pins coming late summer. One pin resembles the brooch that female cast members wear in the location, while the other looks like a sign found outside the shop. You can see both of those items in this previous article. Cogsworth and Chef Figment
Cogsworth may be one of my favorite characters from Disney’s “Beauty and the Beast.” I was happy to see there will be a medium-sized figurine coming this September. This figurine is the companion piece to the Lumiere figurine we released in 2013. The best part – Cogsworth’s face is a working clock!

Also arriving this fall is a new 12-inch Figment plush created especially for the 20th Epcot International Food & Wine Festival. My favorite festival of the year returns to Walt Disney World Resort from September 25 through November 16. 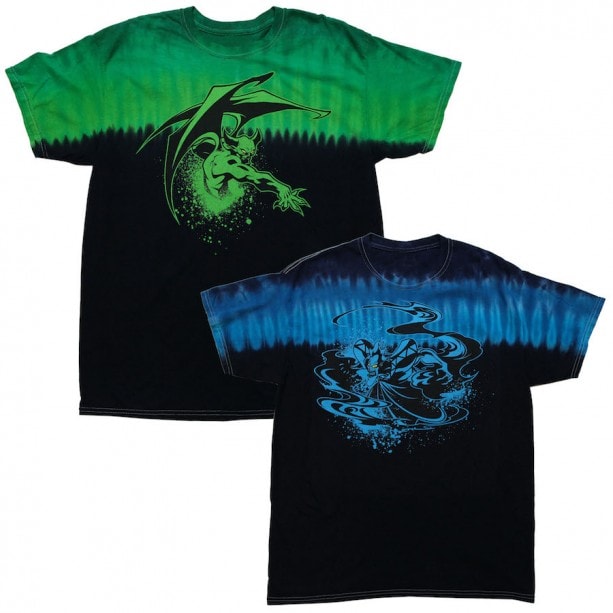 Look for these and other items coming to select merchandise locations at Disneyland and Walt Disney World Resort.

Which item is your favorite? Please share in the comments below.