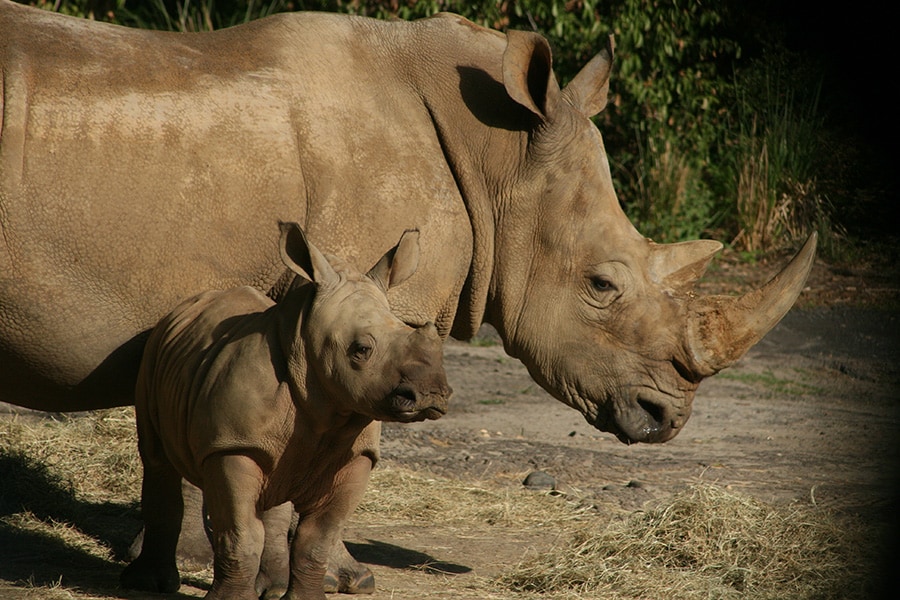 Earlier this year, thousands of you voted to name our female baby rhino Kiama. She has been growing rapidly – gaining about three or four pounds a day – and now you can see her during your next adventure on Kilimanjaro Safaris!

The young white rhino just stepped on to the savanna for the first time. Kiama weighs about 400 pounds, while her mom Kendi is closer to 4,000 pounds! Kendi was born at Disney’s Animal Kingdom in 1999.

Kiama stays close to her mom, and sometimes breaks away to play in the dirt or investigate different noises. Then, she playfully runs back to the safety of her mom. They are a joy to watch, and I hope you have the opportunity to see them exploring the savanna soon! You can help rhinos in the wild by purchasing only “wildlife-friendly” products and never buying products made from rhino horns. You also can support organizations like the Disney Conservation Fund and the International Rhino Foundation, which are both active in rhino research and conservation. Learn more about rhinos and other animals at Disney’s Animal Kingdom and The Seas with Nemo & Friends at Epcot at DisneyAnimals.com.