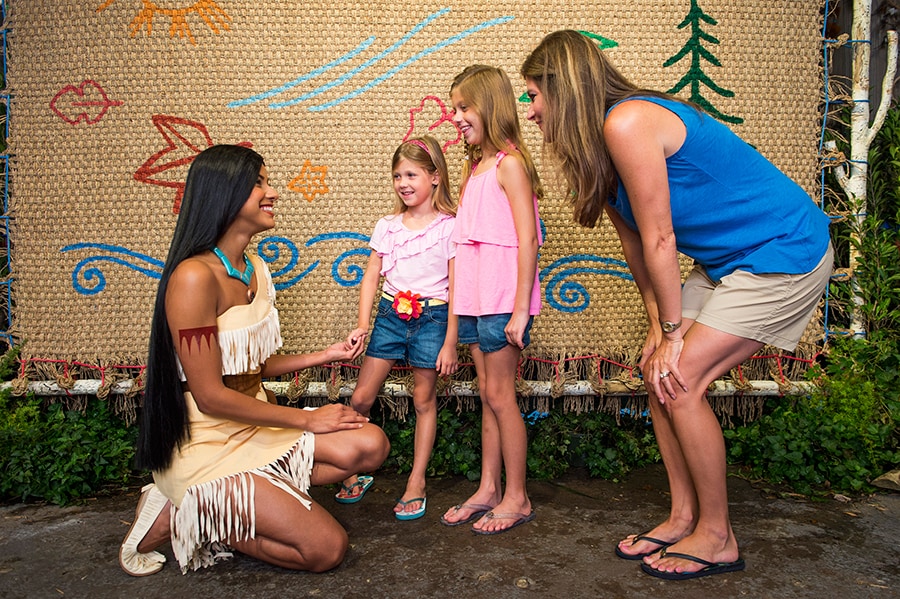 As we mark the 20th anniversary of Disney’s “Pocahontas” today, fans of the Powhatan princess now have a lovely new spot to meet her, just around the riverbend. 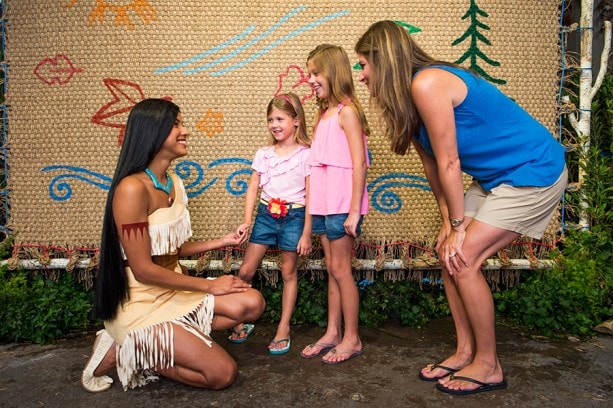 Pocahontas has made the journey down river to the Discovery Island Character Landing at Disney’s Animal Kingdom, where she has stepped ashore to meet friends old and new. You can find her there throughout the day, in a setting filled with details inspired by her adventures.

Disney’s Animal Kingdom is the only place to meet Pocahontas at Walt Disney World Resort, and the park is also the exclusive home to several other popular characters who can’t be found anywhere else. During your next visit, look for Tarzan, Rafiki from “The Lion King,” Dug and Russell from Disney•Pixar’s “Up” and Baloo and Louie from “The Jungle Book.”

Who are you most looking forward to seeing? Let us know in the comments!