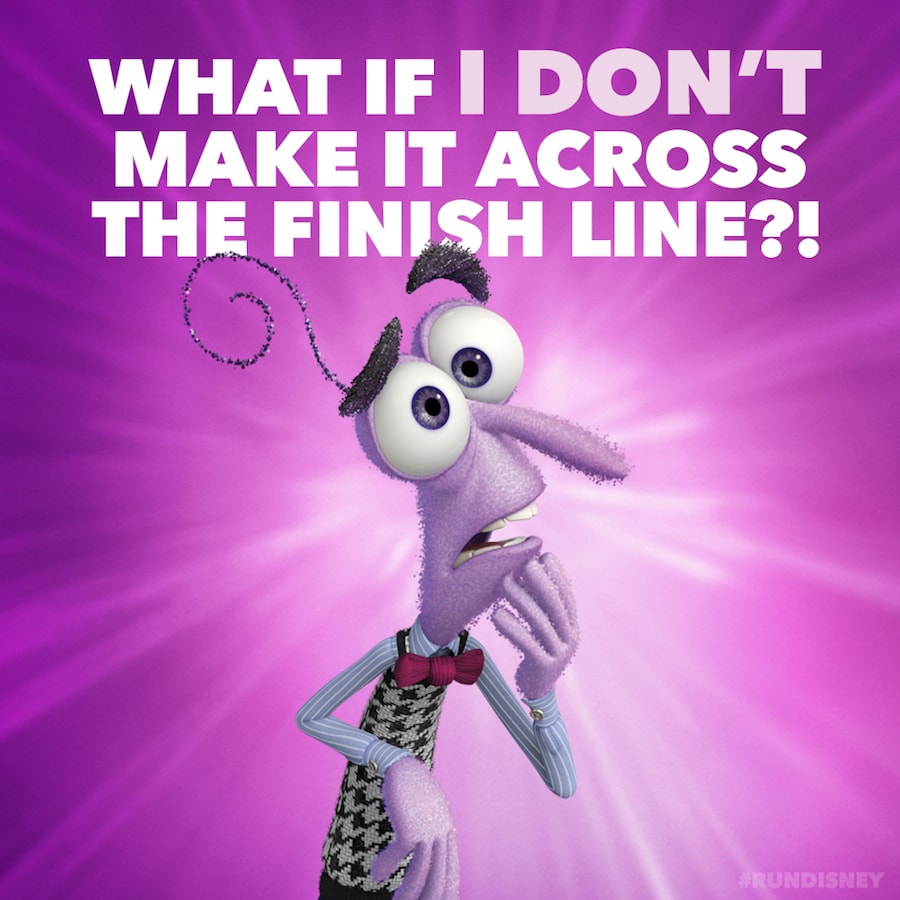 Show Your ‘Inside Out’ #DisneySide for a runDisney Race! Part I: FEAR

Like many of you, I am full of emotion for the release of Disney•Pixar’s new film “Inside Out,” now in theaters in 3D. The film ventures inside the mind of Riley and introduces us to the Emotions that guide her – Joy, Sadness, Fear, Disgust and Anger. Based in Headquarters, the five Emotions are hard at work. They help guide Riley through her daily life, including any challenges that come her way.

With training underway for Disneyland Half Marathon Weekend presented by Cigna, runners can expect to go through a mix of feelings as race day approaches. For those training for an upcoming race, during the next few weeks I will share ways to show your #DisneySide by expressing the emotions featured in “Inside Out!”

I’ve trained for several runDisney races and know it can be a whirlwind of feelings. While all of our emotions are important, sometimes certain ones can take over our control center. The first emotion I felt after registering for my first marathon was FEAR. What did I get myself into? 26.2 miles? What was I thinking!

If you are feeling similarly about the adventure you are about to embark on, beginning your training might be the perfect way to overcome your fear of race day.

Here’s a look to put Fear at ease and start your training in style! There are great options from Champion, New Balance and the Disney Store! 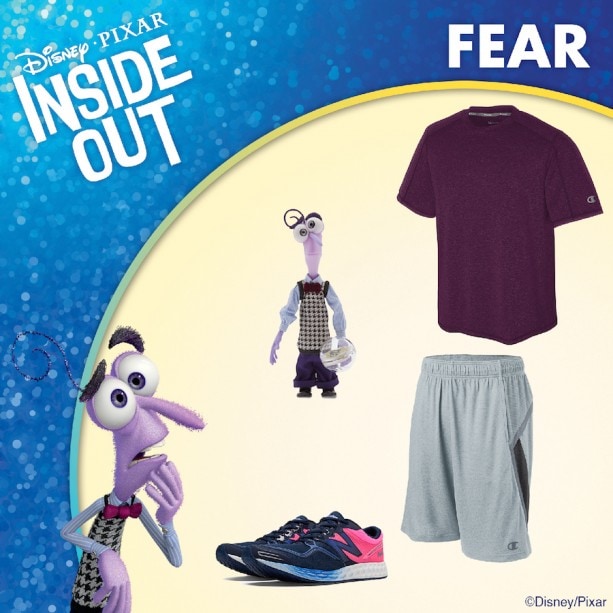 Likes (0)
Share Show Your ‘Inside Out’ #DisneySide for a runDisney Race! Part I: FEAR