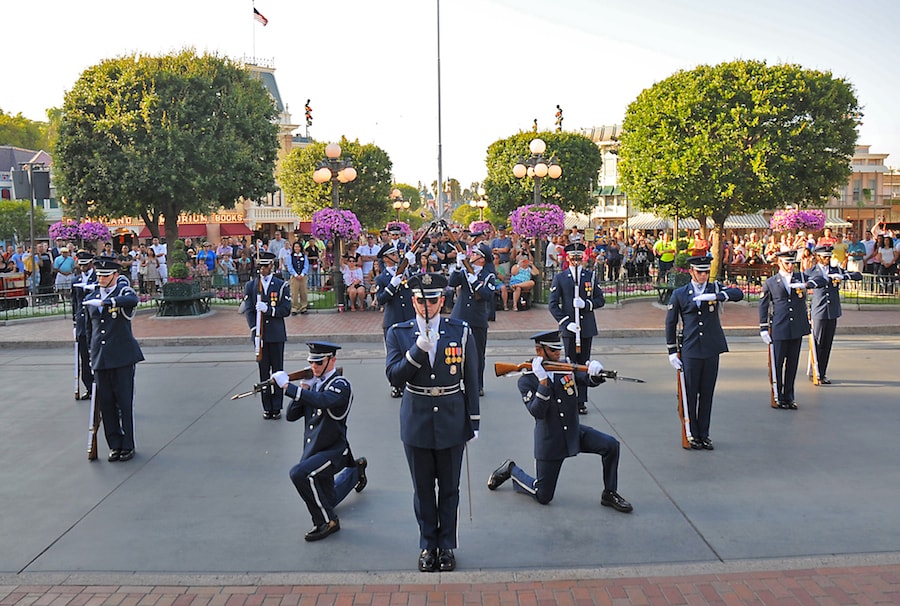 From July 2-6, guests can enjoy more special performances by military acts than ever before, continuing a tradition of inviting the military to perform at Disneyland, started by Walt Disney on opening day. If you are visiting the Disneyland Resort this Fourth of July weekend, you may want to catch one of these patriotic shows! Below is a schedule of performance times.