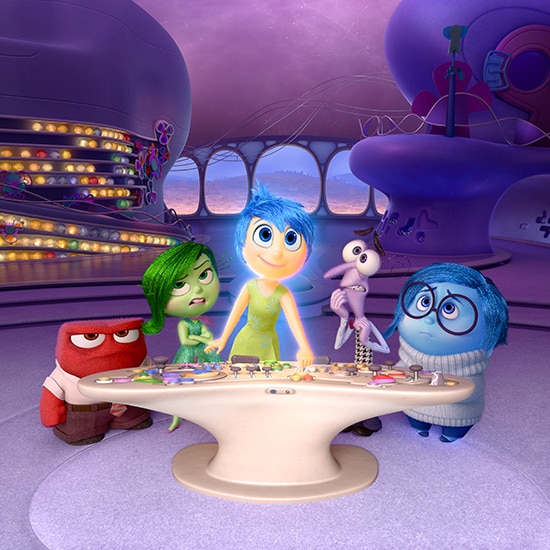 This summer, Disney California Adventure park proudly celebrates the debut of Disney-Pixar’s original film, “Inside Out,” with special, pre-parade appearances by the movie’s characters, the five Emotions: Joy, Fear, Anger, Disgust and Sadness.

Bringing an innovative storytelling approach to audiences, the film “Inside Out” ventures inside the mind of Riley and introduces us to the Emotions that guide her. Based in Headquarters, the five Emotions are hard at work, led by lighthearted optimist Joy, whose mission is to make sure Riley stays happy. “Inside Out” is directed by Academy Award winner Pete Docter (“Monsters, Inc.”, “Up”) and produced by Jonas Rivera (“Up”) with an original score by Michael Giacchino (“The Incredibles,” “Ratatouille,” “Up”).

The “Inside Out” pre-parade begins June 19 and continues daily throughout the summer. You can also catch Disney-Pixar’s “Inside Out” in theaters everywhere on June 19, 2015.

Destinations: The Emotions of Disney-Pixar’s ‘Inside Out’ Come to Disney California Adventure Park June 19