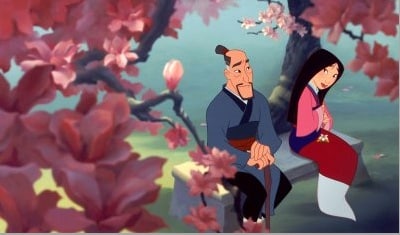 Today in 1998, Walt Disney Pictures “Mulan” was released in theaters. Based on an old Chinese folktale, Mulan tells the story of the spirited-young girl who secretly joins the Chinese army in her father’s place and helps defeat the Huns, while saving the Emperor.

Fans of Disney Parks know that Mulan can be found greeting guests at Epcot at the China Pavilion where she greets guests regularly.

“Mulan” can also be seen in Mickey and the Magical Map at Disneyland park in California. Singing “Reflection,” Mulan is joined on stage by both Pocahontas and Rapunzel each singing songs from their respective films.