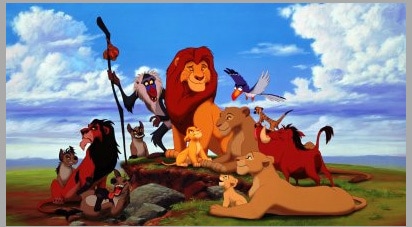 Today in Disney History: ‘The Lion King’ Steps Into Theaters

Today in 1994, “The Lion King” was released in theaters. This coming-of-age story of Simba, the future king of the Pridelands, is still a hugely popular film with Disney fans both young and old. I don’t know about you, but I’m still trying to get over Mufasa’s death 21 years later.

The memorable music from “The Lion King” is highlighted in the Disney’s Animal Kingdom show Festival of the Lion King preformed daily at Harambe Theater. This energizing show features classic characters from the movie with live action performers – most notably the tumble monkeys.

Simba can also be spotted in Mickey’s Soundsational Parade atop a drum while Zazu flies near by at Disneyland park in California.

“The Lion King” won two Academy Awards for best song, “Can You Feel the Love Tonight” and best score. The musical version is still on Broadway in New York City where it will celebrate it’s 18th year this November.