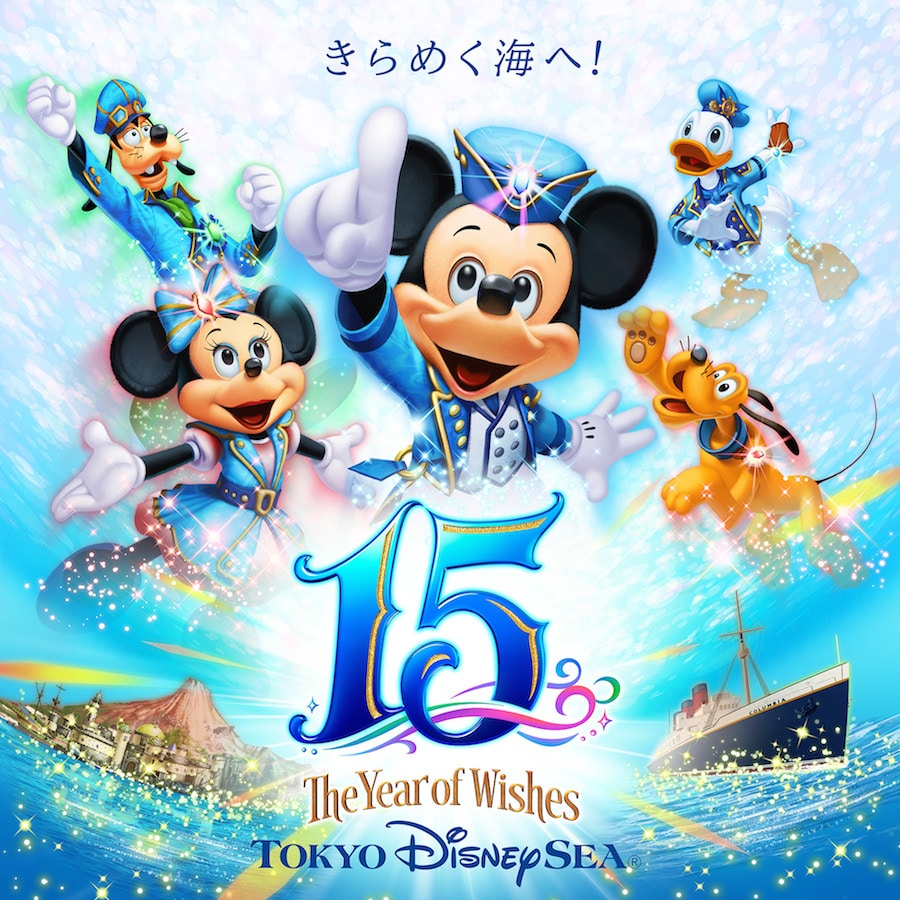 Our friends at Tokyo Disney Resort just announced plans for Tokyo DisneySea’s 15th anniversary. The “Tokyo DisneySea 15th Anniversary: The Year of Wishes” celebration will kick off April 15, 2016, and run through March 17, 2017. 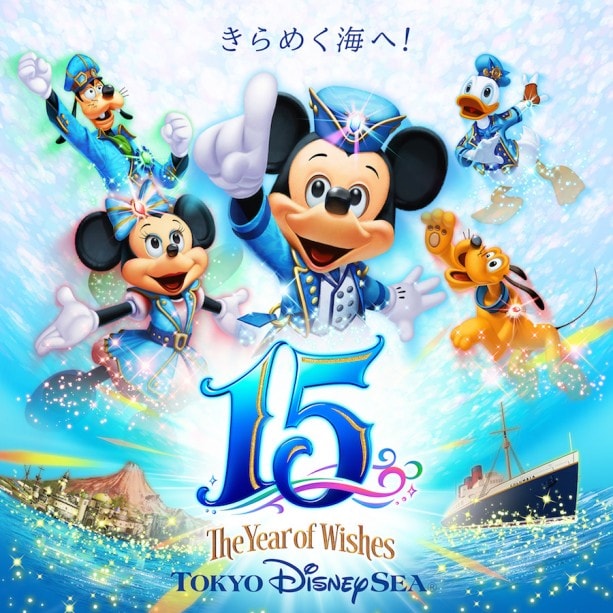 The celebration will focus on wishes and dreams, symbolized in the form of crystals which will decorate the park. As a part of the celebration, guests will be able to enjoy the new show “Crystal Wishes Journey,” at Mediterranean Harbor, in which Disney characters will share their own wishes in the show.

Also on the first day of the event, a new version of “Big Band Beat,” the popular show presented at the Broadway Music Theatre, will debut with new music, costumes and scenes. This will be the first time that the show has been changed since it opened in July 2006.